The icons are very ugly (uglier than 7-Zip), it feels like someone took the 7-Zip icons, made them uglier, and than added his own weird icons that are not intuitive and incredibally strange.

It looks like it's possible to change icons and make an icon pack. Didn't test though.

It also offers a portable version and a scripting language named EGA. 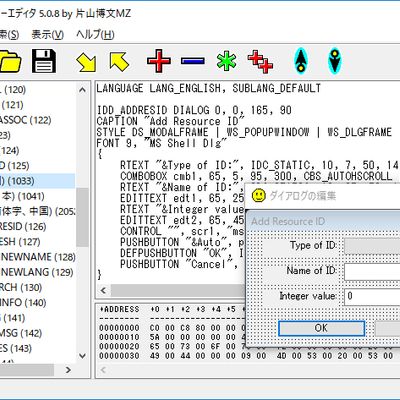 Our users have written 1 comments and reviews about RisohEditor, and it has gotten 2 likes

View all
RisohEditor was added to AlternativeTo by katahiromz on May 25, 2020 and this page was last updated May 28, 2020.