What is Resource Hacker?

Resource Hacker™ is a resource editor for 32bit and 64bit Windows® applications.

It's both a resource compiler (for *.rc files), and a decompiler - enabling viewing and editing of resources in executables (*.exe; *.dll; *.scr; etc) and compiled resource libraries (*.res, *.mui).

While Resource Hacker™ is primarily a GUI application, it also provides many options for compiling and decompiling resources from the command-line.
Show full description ▾

Helped me to easily change some strings in a dialog.

There are 2 editions of offline installer EXE and ZIP versions (by the developer)
And one portable (PAF) version (courtesy of PortableApps.com)

If you're having problems with Resource Hacker, try PE Explorer and Resource Tuner by Heaventools Software.

PE Explorer and Resource Tuner aren't free, but you can use TRIAL versions to fulfill your needs.

@ Tales_Warner
Some names, leads, URLs would be even more helpful.

A staple tool in many window smashers pockets. All soughts of customisations can and have been done to binaries using resource hacker. 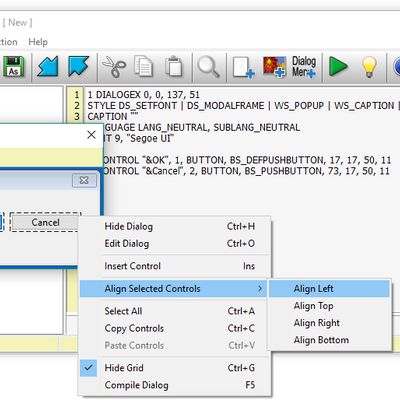 Our users have written 6 comments and reviews about Resource Hacker, and it has gotten 169 likes

View all
Resource Hacker was added to AlternativeTo by Journeyman on Apr 16, 2009 and this page was last updated Mar 20, 2019. Resource Hacker is sometimes referred to as ResHacker.