What is Razer Cortex?

Razer Cortex brings enhanced gaming performance, system performance, and the ability to discover the best gaming deals on a single platform at just a click away.

RAZER CORTEX BETA WIDGET FOR XBOX GAME BAR ON PC Xbox Game Bar makes it simple to take control of all your favorite gaming activities while playing on your Windows 10 device. Enable the Razer Cortex BETA widget in the Xbox Game Bar to boost your gaming performance with just one step. Plus, get easy access to other popular Cortex features.

RAZER CORTEX: GAME BOOSTER With Razer Cortex: Game Booster, unlock your system’s full potential with a variety of performance enhancing and optimization tools for higher frames per second, or cut down on draggy load times. Whether you choose automated mode or to manually tweak it yourself, your PC’s full gaming potential is now at your fingertips.

RAZER CORTEX: SYSTEM BOOSTER Razer Cortex doesn’t merely boost your games, it boosts your entire system. The new Razer Cortex: System Booster is a one-stop solution for better system performance. By cleaning unwanted junk files, not a single kilobyte of hard disk space is wasted, leaving you more for work and play. With such optimization, your PC isn’t just primed for gaming, it’s also perfect for daily use.

RAZER GAME DEALS Get more bang for your buck with the Razer Game Deals price comparison engine and giveaways. With the latest updates on price drops from all the top digital game stores, never let a game deal pass you by. Razer Game Deals delivers the best prices from around the globe right to your desktop. If you’re lucky enough, you might just find yourself getting games or even Razer hardware for free, via our new giveaways. Be sure to stay alert so you don’t miss out! 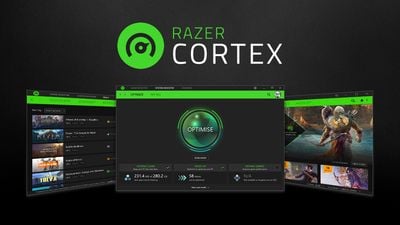 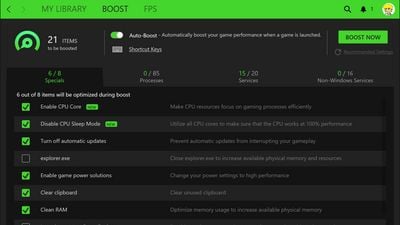 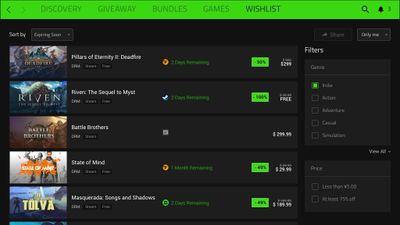 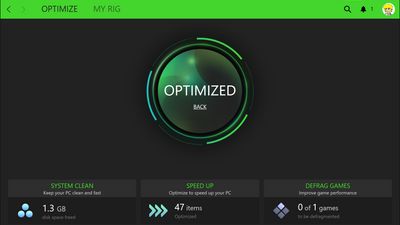 Our users have written 3 comments and reviews about Razer Cortex, and it has gotten 15 likes

Razer Cortex was added to AlternativeTo by JasonCMK on and this page was last updated .

I use Razer Cortex as my game launcher, despite a few other options I have available. The main reason why is the game booster, which is awesome. It optimizes my PC when launching a game, and restores it when the game closes. The System Booster I run about once a week, just to clean up unnecessary files.

I still use NVIDIA GeForce Experience to optimize game settings for my GPU, and I get 144fps (my monitor's maximum) on some games, with 90fps being average on others.

Although Razer Cortex scores high at alternativeTo and is free, when I initiated the installation, the program demanded I provide an email address and a password in order to access not only any features of the program but also services which seemed related to gaming. No access is granted to any features without such agreement. That said, the email address seems related to gaining information related to gaming. Users will have to decipher what that implies.

Now the sign-in is optional, you can use a "Guest account" to use all functions.