What is QQ Player?

QQ Player is a highly multimedia player for various audio and video formats.
It supports all the popular formats of videos, including AVI, FLV, MP4, 3GP, MKV, MOV and etc.

Moreover with QQ Player you can play and convert all common video formats and also merge several video files and convert them to a single video file. QQPlayer can also be used to preview subtitles to certain video files or to take snapshots of movies.

2- Capture a screenshot of video.

9- Very easy to take snapshots from a video and makes animated Gifs.

Will install other Tencent softwares on your system. Installer in chinese no matter the language you pick. Possible malware.

I like it a lot! A really good player that supports all of the formats I need from a video player!

I had had VLC Media Player managing my video library for years before I turned to other players like MPC-HC and UMPlayer(loved that one so much!). In-between I also had(KMplayer, AIMP, Amarok, etc) and now QQ. At first I wasn't convinced of QQplayer, but one day I had a friend over and he installed it on my machine- been using it since then.

My impression—
I feel like the player is light on resources despite it's size(108MB). It runs smoothly and I've never had a crash on it.


In general, QQplayer is a well-written player that just feels light. It is not definitely not heavy and will run well on most devices!
It's actually quite popular in some countries and I really think it deserves a spot in western software rankings. Try it out and if you don't like it- there's always an alternative to everything out there, right?!

Installation: Make sure you don't install the Antivirus by mistake. It comes with Tencent's Antivirus software.(same company) It's a rather popular product in Asia but I guess most people already have an antivirus they trust to protect their systems. 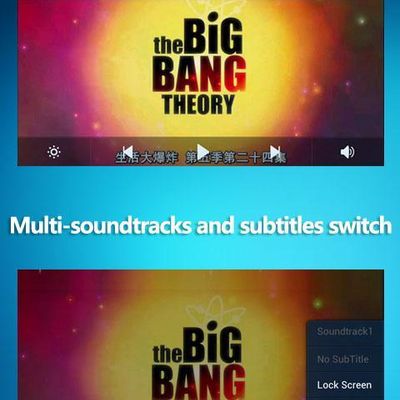 Our users have written 3 comments and reviews about QQ Player, and it has gotten 15 likes