Pubble is the world's best Q&A platform. We make it simple and easy to add a great Q&A platform to any blog, website or Facebook page.

We believe in making Q&A fast and simple, but we have a vision around getting all of your pages to work together to make your site richer. Whether people have a question on an iphone, android, your site or a blog, all of the questions come together to make the site richer and more interactive.
Show full description ▾

You can access the reviews for Pubble WordPress Q&A Plugin on: WordPress Pubble Reviews

Hi, I'm John - one of the founders in Pubble. Just to give a little context on why Pubble has emerged as an alternative to Formspring ... Around the start of the year we started hearing rumours that all was not well in Formspring. Formspring had seen phenomenal growth in the early days and went through the growing pains associated with rapid scaling and in particular, the costs associated with such growth levels. Not many people know this but Formspring grew faster than any of the major social networks (including Facebook, Twitter, Pinterest) but unfortunately for Ade and his team, they didn't manage to get the business model to support such early promise.

Pubble gained early adoption in the education market (over 100 universities use Pubble to power their Q&A) and it was through the education market that we first got to know Formspring. We never considered Formspring a competitor - Pubble is focused on adding the Q&A layer to existing content pages. Formspring's offering was centred on "Ask me Anything" pages.

In early March the story broke on Techcrunch that Formspring had decided to close its doors. Ever since then, we've since a constant flow of people contacting us looking to port their Formspring Q&A's to Pubble. And we've been happy to oblige. In the last few weeks, we've seen Pastors in Illinois to bicycle shops in Singapore create Q&A communities on Pubble.

We keep getting the same question - Can I import my Formspring data to Pubble? The answer is yes. The following blog post should help: Pubble as an alternative to Formspring 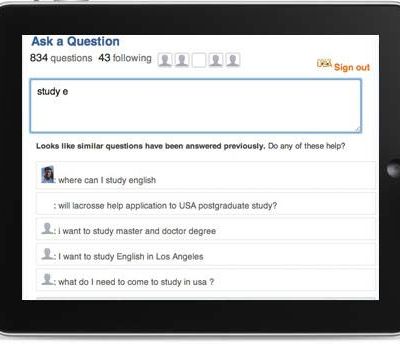 Our users have written 2 comments and reviews about Pubble, and it has gotten 18 likes