Pokki puts web-connected apps in your taskbar, so they're always only one click away. Welcome to the modern desktop.

The program seems to be no longer updated. Social pages are not updated since 2014. Last version can be still downloaded from the official website. 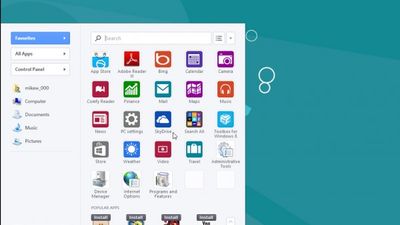 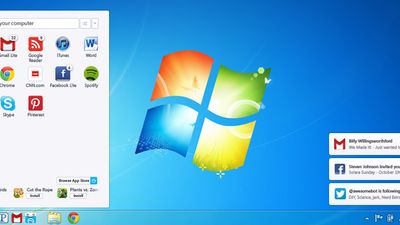 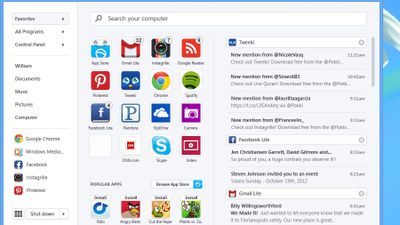 Our users have written 2 comments and reviews about Pokki, and it has gotten 40 likes

Pokki was added to AlternativeTo by OmgItsTheSmartGuy on and this page was last updated .

Well I think that this post is pretty old too, I tested pokki and it's really great, they try to integrate web-based app's to their store rapidly, well it's true that the Devis a little slow, they Have changed the "Pokki Start Menu button replacement", and on windows 7 it's now a Pinned app on the taskbar that open a second start menu-like wit hall pokki app's and the default start menu of windows, and on windows 8 it's a simple tile but with the same effects.

Leanovo have integrated this app in their computers, then some Windows8 computers have pokki integrated originally !

It's an interesting app, I search a way to use it to create my own web-based app's for pokki (more like converting a real website to pokki, it's what they do ^^), or find a good replacement for Mozilla Prism, or one on chromium that don't Behave like Google Chrome Website to Desktop app converter (it use the chromium agent, then a lot of ressources…)

TL;DR: OP is right, Pokki is not malware.

Well, I did a tiny bit of research to answer your question. WOT users report that it's suspicious, contains spyware, and slows down their systems.

I'd used Pokki before and uninstalled it because it wasn't what I was looking for (which was an actual replacement for the Windows start menu (I want it to be more organized)), but I didn't remember it being very demanding or causing any issues in the brief amount of time that I'd had it installed, so I downloaded it again just before posting this.

Pokki also doesn't use a lot of memory per-se. On my system it uses about 83,000 K in active memory, which is generally less than a web browser or a text editor.

But I'm still uninstalling it, because it's still not what I'm looking for.

Thanks for the feedback : )

I re-installed my windows and lost pokki for now… but finally it's just a desktop website manager and start menu alternative… well it's bugged in many way too (like some icons that are rendered with artefacts in the start menu-like window !)

I use the XulRunner by Mozilla to create exactly the same things than pokki, the I don't need it for now.

Thanks for the reply too ; )

There are only 8 apps for Pokki right now, but they all look totally amazing.

A potentially dangerous app... A lot of weblinks denounce it on Google, but they are insane too (they suggest installing anti-malwares like Spyhunter, but it has too a very bad reputation). My disk has reached 100% all the time when I used it. Don't install it...

pokki is perfectly fine. when you aren't using it you can put it in sleep mode. pokki does not install malware and you dont have to use its apps. however if you don't plan to use the pokki apps there are better alternatives. if you are thinking its a bad program think about this. its not really any different than the chrome web browser in terms of what it does with its loading.