What is Perfect Viewer? 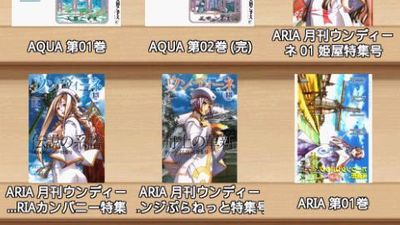 Our users have written 5 comments and reviews about Perfect Viewer, and it has gotten 30 likes

Perfect Viewer was added to AlternativeTo by trekeyus on and this page was last updated .

I'm a huge comics geek, and the creation of the tablets with portrait format (as opposed to PC monitors which are landscape) made comics a killer feature for me.

Before Comixology and the comic book companies came out with dedicated applications for tablets, the CBR (Comic Book Rar) format was popular (also CBZ, and CBT and CB7, although the last two were rare) was the most format for digital comics, both official and pirated. Although PDFs were used, the CBR format proved the most popular, so when the iPad and Android tablets came out, there were a lot of readers supporting the format.

I played with about a dozen of them on Android. ComicRack had the largest feature set, and synced between your PC and the tablet, while PerfectViewer was simply a viewer.

Originally very simple, it's become increasingly complex over the years as more features have been added. Getting a new tablet and reconfiguring the app (as I recently did) takes a bit of digging to find all the settings, but fortunately, the settings files can be backed up and transferred.

Once it's set up, and you start reading with it, it's the best I found. Other readers have lag, or annoying page animations, or distractions on the page. PV is extremely quick (page switches are instantaneous), and it offers a variety of ways to handle things like double-page spreads. All of the features, including the swipe motions, are configurable, too.

I've played with other readers, but I keep coming back to PV. I bought it when it was $2.50 or something like that back in 2014. That option appears to be gone now, but the software is unchanged. You can buy it, you can use the free version, it's up to you.

I've paid for the Google Play version, and I'm running the free version on my Amazon Fire tablet, and both do the job well.

One point off for the complexity of the configuration. There are so many config options that there needs to be a search for configuration keywords, I docked it a point for that. But other than that, once it's up and running, it really lives up to its' name.

Easy access to options, and huge configuration if you want to. Otherwise, you can keep it totally minimal and usable.

Downloaded this app with the purpose of reading the many comics I have in the cbr format on my tablet. I have been unable to open any of my comics with this app. I can open them with other comic book readers with no problem. I have searched the internet to see if there is something else I need to do to make Perfect Viewer work.. but there's nothing. Perhaps this app only opens comic books you've bought through the app? If so then this makes it basically useless. On top of which the interface is ugly - a blank screen with small type in rectangles? How is that supposed to help the user? Then things don't do what you expect- to me a 'file browser' lets you browse files.. not in Perfect Viewer you can't. Eventually, after much fiddling about & scrolling through options you can actually locate a comic - so what happens if you try to open a comic? Nothing. After several tries I noticed that in small type at the bottom of the screen a message reading 'file not found' appears for a split second. What does this mean? There's no clue. Clearly the file is found, otherwise I wouldn't be able to try opening it- so what is going on? Now just maybe there's someway of fixing this.. but how? The app itself contains no information about how to set it up & open comics, & searching google has provided no information either. Basically if a comic book reader doesn't actually allow you to read comics it is useless. Other comic book readers work fine- why waste your time with this?

Very nice comicbook reader. I think it's the best on Android (and far better than those I've tried on IOS). It can be a bit slow sometimes but I blame my dying tablet (samsung tab 2 10.2)

Very powerful: very good softening filters for low resolution pics, fully programmable invisible/overlay interface that makes advanced navigating while reading a joy. Some ppl mention that they think interface is 'old' or ugly, I don't agree - it is a functional interface. Though I sometimes have to search a second or two to find an option in the menues, I don't know how they would've been grouped otherwise.

Only thing I miss is what's not in the app itself - I would like more interaction with other users and app author, possibility for others to write plugins/addons/skins etc. I have some functions that I would hope the author could look at, but no real way to suggest them.

EDIT: oh, I should mention that I use this on a 8" Samsung tablet, N5120. On a smaller screen you'd have a problem with viewing whole pages. The app can help a bit with that too though, I've tried it with my 5" S5 - use landscape plus zoom to width.

Also, I haven't tried Comic Rack for Android yet.