What is Nox App Player?

Nox App Player: The best Android emulator leading in technology and performance. A free tool for users to enjoy the numerous Android games and apps from their desktop with ease.

The emulator automatically installs sponsored Android apps together with yours

But this is so much better than BlueStacks. It's faster, doesn't crash as often and, what I really like about it, it doesn't install tons of dubious, spammy or malware apps without your consent. A definite recommendation for those who want to emulate Android apps.

better and faster than BS, and most important can use any controller name/type unlike BS
also faster in launch as well as close
[Edited by memgt1966, May 04]

This was a great app but it started getting buggy after a recent update. It's so bad, that their Facebook page had 2 live tech support "events" yesterday. Support for English users is pretty much non-existent. They haven't replied to emails in over a week. At this point it errors out each launch before I am able to do anything. A complete wipe and reload of the app doesn't help. It also asks you to turn on virtual technology support in your bios, mine is already on. It was a decent app but 8.0.3 is totally worthless. (Win10 gaming laptop 8core i7 2.7ghz 32gig ram, geforce gtx 1070 - waaaay more than recommended system specs)

If support was responsive and had a solution... or even an update that they knew there were issues and working on it, I wouldn't be posting this. Making emulators isn't child's play and I do expect issues. Determining a good one is dependent just as much on how they respond to the inevitable issues that will arise as they have to update the emulator to stay in line with constantly evolving mobile technology as it is on the emulator itself. They are failing for English speakers. The are quite a few active forums that google translates from Chinese (simple) ... but much gets lost in translation so they don't help either.

Nox App Player contains bundleware NOT ONLY FOR THE ANDROID VURTUIAL MUCHINE, but ALSO FOR THE HOST MUCHINE. it has a massive pop up window stuck on the top of my desktop, and it REALLY annoyed me. when i tried to remove it, I GOT A BLUE SCREEN OF DEATH and my PC STOPPED WORKING!!!!! i was using windows 8.1. DO. NOT. NOT. NOT. NOT. NOT. USE THIS SOFTWARE!!!!! i had to RESET MY PC AFTER THIS TO FIX IT, I LOST A LOT OF FILES!!!!!!!!

I have been using Nox.. well for many years now, about 4-5 years. Nox has and is the perfect Android emulator for me. I would say that sadly over the years, like Bluestacks, it started adding a lot of ad-games that I do not care for, but.. there is a "but". Unlike BS (and maybe other emulators) it has and still does give you the option to ROOT it.

As soon as I install it, I root it and then first I replace it's launcher to a different launcher of my choice. I remove the bloatware and voila, a still bloat/adware free android emulator. If you look a bit online, you can even find a way to block off the emulator potentially adding more random apps and even disable telemetry.

The fact that this emulator gives me the ability to root it, will always makes this #1 in my book.

Now for an extra reason to like it: one of the most important ones is that it is way more lightweight than BS. Obviously, that makes it even more attractive.

I am not sure about nowadays, but in the past there were rare occasions where a game would work more smoothly on BS than Nox, but in the recent years, be it because of the games I play or because Nox became better, I have not had any problems with Nox not working well with a game I wanted.

As a sidenote, I only mention BS, because I have not used in recent years anything else. Way in the past I tried multiple android emulators, but I have no idea if they still are even around or how they are working now. BS though, a couple friends use it, so I have a faint idea how it is even nowadays.

You devs seriously should like mediahuman or sth write apps in xcode 4.3.3 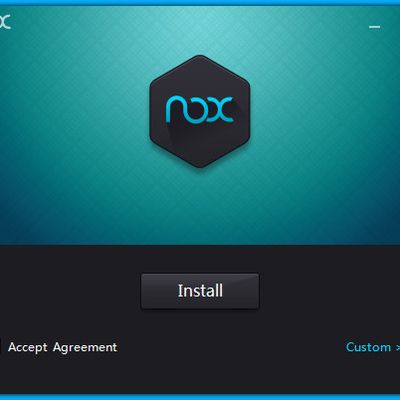 Our users have written 20 comments and reviews about Nox App Player, and it has gotten 127 likes

View all
Nox App Player was added to AlternativeTo by KapitaNemo on Sep 29, 2015 and this page was last updated Nov 10, 2020. Nox App Player is sometimes referred to as Nox, Nox Player.