What is Maxthon Cloud Browser?

Maxthon is a browser with innovative features, speed and security.

This is the best browser I have ever used. I love it. Super easy to send links/files between computers and devices, it is built in.

I've been using this browser since around version 3.1 or so, maybe one of the betas prior. I'm a Maxthon fan and always have been.

If anyone seeing this goes on the forum, at forum.maxthon.com, I'm Imanerd on there.

It has both trident and webkit but I prefer and suggest webkit (Mx3). If you like to use pre-releases, remember that the main page only has the link to download the latest stable release. If you want a pre-release, you can go to the forums. The thread with the download link has a title colored in red and if you don't see it in the newest posts box thing, scroll down the page and click on announcements; I think it's the bottom-most sub-forum on the forum child site.

I didn't read the description AlternativeTo has for Maxthon so I don't know if it's already stated, and I'm too lazy to read the description, but letting everyone know, Maxthon has a pop-up feature to pop-out content such as flash and java, thus allowing for "always-on-top" window status for watching videos or what-not when on another ...well, tab, window, program, etc. Google Chrome has yet to offer such a powerful feature. Also Chrome requires you install an add-on for adblocking, whereas Maxthon has it built-in, and just as customizable, and able to block not just ads, but any element. I like stuff when it's already built-in, which is why I use Opera instead of FF, but I almost always use Maxthon most of the time. Opera is just a secondary browser. But really, you have to check this one out.

I'm on the forum every day pretty much, so you'll be sure to see posts from me. My avatar is my cat (I love my Anna Banana).

Also if anyone wants, should you get Maxthon, and hate the youtube crap that appears all over the site, taking up useful space that'd be better gone, send me a PM. I can share my YT adhunter (Maxthon's built-in ad blocker system) rules for the site. Speaking of Adhunter, remember that you should click the adhunter icon in the bottom-right corner of the browser and click to "Subscrube to adhunter rules" because it blocks in-video ads among other various ads. The elements though are what you'll need to add yourself, or any ads that might by chance not be blocked. But ads are already blocked with preset rules, but will apply only if you "subscribe." This doesn't enable automatically. You'll have to click the "subscribe to adhunter rules" option by clicking on the icon in order for them to be activated and do their job.

Sorry for the possible improper caps lock or lack thereof. I'm lazy and writing this quickly because I want to see Maxthon grow, and not too many people know of it, and mostly just use Chrome or FF, and I feel people should know of Maxthon because while it has its faults like every other program, it's in a lot of ways better than Chrome, namely with Adhunter....that and it's built-in auto-password/login-fill-in system called magic-fill. Chrome requires addons I think, though it's been a long time so not sure. But I think so. Anyway, and I always vehemently preach to people about Maxthon and why they should try it out, but usually people just figure they're content with what they have, and maybe that's the case, but they've never tried Maxthon. They may be content with what they have, but they'll be SUPER-content (possibly, since everything is preference-based; I'm just extremely-biased for Maxthon and any freeware I feel strongly about, namely Maxthon as one of the major ones, along with IObit, so there is chance for people not being even more content than they are with their current choice; I just have a hard-time accepting that, but regardless, even if you MIGHT not like it, it's still worth a try. I mean, for any freeware, even the populars, the first person had to download it for the first time to see if they liked it. If people just used the same thing and never tried new programs, we wouldn't have some of the most popular softwares out there, such as even Chrome, FF, OpenOffice, etc.; you can always uninstall it) with this one instead. So now that Maxthon has been added to a reliable, widely-used site for alternatives, I see the chance to spread my opinion about my favorite browser and let other people learn of something they never have heard of before, but possibly could get tied into within the first hour of using it like was the case in my case back a while. That and there were no comments, and since like I said, I want Maxthon and its community to grow, I felt I wanted to put a comment here to encourage at least a try of this browser.

The main thing that it doesn't have that bugs me, though its non-existence doesn't hamper performance that could-have-been, is http pipelining.

Oops, did I already put ~Ima

Meant to put that down here, but I won't now, sorry.

And sorry for the excessively wordy review.

By far the best browser there is, combines the power of Webkit & Trident in one + has many useful features built in plus some good addons as well.

Stay well away if you value your privacy and security

Even on Maxthon's privacy policy page they admit to harvesting far more data than they have any reasonable business in taking from users, whilst at the same time saying privacy is important. They grant themselves levels of insight into your browsing habits far beyond what is standard in the industry.

In 2016, security researchers discovered that Maxthon did the following:

The data Maxthon harvested in this way included visited websites, operating system details and lists of installed software. Everything you would need to help attack the Maxthon user online.

In response to this, the Maxthon CEO, Jeff Chen, said they fixed "the bug". That's bullshit. That's no bug. This is the computer equivalent of saying you're interested in motor vehicle safety whilst drugging drivers and taking away their seatbelts. The kindest thing you could say is that it's one of the greatest cases of online negligence ever committed by an online company. But that is also extremely improbable to be the correct interpretation. After all, if you can develop a browser, you know to check your data is transmitted via https.

Almost any browser is better. I recommend open source browsers (because they are more trustworthy). These include:

Firefox is open source, well-supported and has thousands of great add-ons. It will sync your data in encrypted form, too, so you don' t have to worry about privacy. Go for the last two if you want Chromium-compatible performance. Brave is very privacy-conscious, so it will not let you add extensions except from a very small selection.

Both are fully featured. Just be sure to ask for "Do Not Track" in the settings and disable WebRTC if you use a VPN when browsing.

"Two security firms have confirmed that the Maxthon web browser collects sensitive user information and sends it to its servers, even if the user opts out of such behavior."

Be warned. Although its web browser functionality is IMO, pretty good; the software is very nosy (more nosy than Google Chrome). It sends out usage tracking to multiple servers, and there's no way to turn that off.

I've tried editing Maxthon's information to reflect this in the past, but someone else (judging by user activity, it looks like someone from Maxthon) has changed it back.

While you can still download a version of Maxthon for Linux, it is not being updated. Maxthon officially discontinued the Linux version, and a simple search on the Maxthon Community Forums would corroborate that. Here's a post from 2015, for example, where a Maxthon admin states, "The development of Maxthon for linux has stopped. There is no plan for new versions at the moment."

I think it's important Linux users are made aware that Maxthon for Linux is no longer receiving updates so that they can avoid the inherent security concerns that accompany using old software, and especially from using an old web browser.

You can download the most recent release of Maxthon for Linux from this thread on the forums.

Other than the lack of Linux support (and the apparent desire of Maxthon employees to prevent people from knowing Linux is no longer supported) Maxthon is a decent browser.

Maxthon is not generally that bad.

It's performance is reasonable.

It gets slow and hogs memory when you have too many tabs, just like other browsers.

The default UI is okay, but is not very customizable.

All in all, it is a reasonable browser that one might chose to use only out of frustration with the other, generally better, and more prominent ones.

I am mostly here to post a warning: the session manager will forget everything from Earlier Sessions if you close the Last Session tab. I am going back to CyberFox or FireFox, at least they have a session manager that doesn't arbitrarily destroy your data. 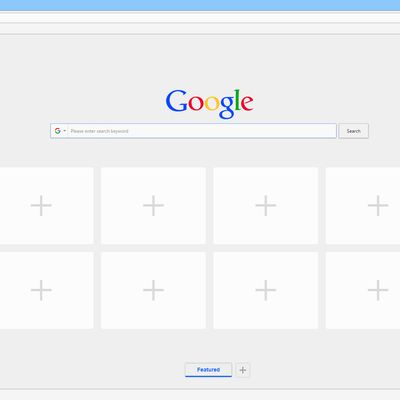 Our users have written 8 comments and reviews about Maxthon Cloud Browser, and it has gotten 246 likes