MyDefrag (previously JkDefrag) is a disk defragmenter and optimizer (a maintenance utility to make your harddisk faster) for Windows 2000, 2003, XP, Vista, 2008, Win7, and for X64. It is freeware, no time limit, fully functional, no advertisements. Fast, low overhead, with many optimization strategies, can handle floppies, USB disks, memory sticks, and anything else that looks like a disk to Windows. Included are a set of easy to use scripts for endusers, a scripting engine for demanding users, a screensaver, and a combined Windows plus commandline version that can be scheduled by the Windows task scheduler or for use from administrator scripts.

MyDefrag is extremely solid because it is based on the standard defragmentation API by Microsoft, a system library that is included in Windows 2000, 2003, XP, Vista, 2008, and Win7. Most defragmenters are based on this API, including the free defragmenter that comes with Windows and many commercial defragmenters. Basically all MyDefrag does is send "move this file to that location" commands to the API. The API is part of the operating system and can safely move almost any file on the disk, without risk and while the computer is in full use.

The official website is no longer available. Last version, 4.3.1, released in May 2010, can be still downloaded from FileHippo 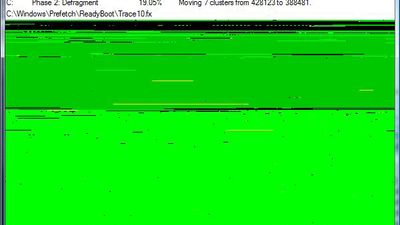 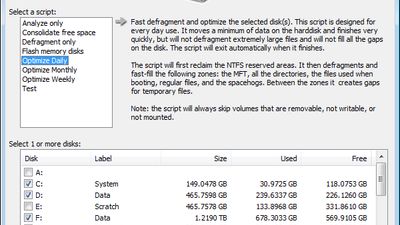 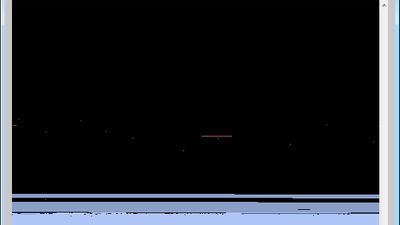 Our users have written 3 comments and reviews about MyDefrag, and it has gotten 93 likes

MyDefrag was added to AlternativeTo by Ola on and this page was last updated . MyDefrag is sometimes referred to as JkDefrag.

MyDefrag was my favorite defragger for many years until I discovered its limitations.
OK for data drives, but does not (cannot) defrag system files and currently running programs

Defraggler (installed version only) defrags the entire C: drive incl system on boot
must be configured before shutdown/reboot

I find Defraggler hellishly slower to Auslogics which does a similar defrag free (tho it won't optimize free) I did a thorough comparison and could appreciate Defraggler for it's file statistics, but I had to uninstall Defraggler to make sure I never use it by mistake again.

Has very bad memory leak which occur when I try to defragment disk with NodeJS projects. When it tries to defragment lot of small files and directories (common problem of node_modules with lot of modules) - it starts to consume memory. And can easily eat more RAM than disk size itself =) As it's not opensource aymore, noone can fork it and fix =( In other cases, it's good defragmenter. I wish someone write similar defragmenter with sorting, but faster and not buggy.

I like the Defragmentation Screensaver option of MyDefrag. While I do something else my PC is defragmenting and gaining performance again. Great!