jEdit is a mature programmer's text editor with hundreds (counting the time developing plugins) of person-years of development behind it. jEdit beats many expensive development tools for features and ease of use AND it is released as free software with full source code, provided under the terms of the GPL 2.0.

The jEdit core, together with a large collection of plugins is maintained by a world-wide developer team.

Some of jEdit's features include:

Written in Java, so it runs on Mac OS X, OS/2, Unix, VMS and Windows. Built-in macro language; extensible plugin architecture. Hundreds of macros and plugins available. Plugins can be downloaded and installed from within jEdit using the "plugin manager" feature. Auto indent, and syntax highlighting for more than 200 languages. Supports a large number of character encodings including UTF8 and Unicode. Folding for selectively hiding regions of text. Word wrap. Highly configurable and customizable. Every other feature, both basic and advanced, you would expect to find in a text editor. See the Features page for a full list. 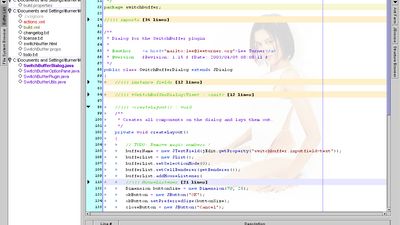 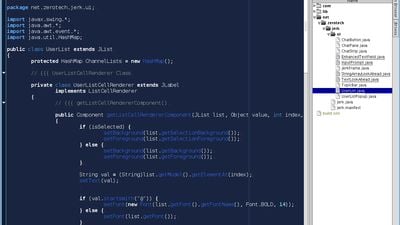 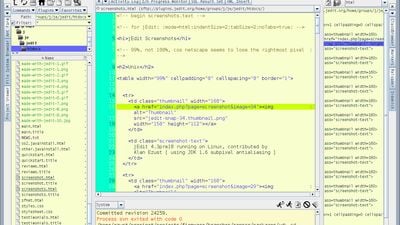 Our users have written 7 comments and reviews about jEdit, and it has gotten 114 likes

jEdit was added to AlternativeTo by Qrees on and this page was last updated .

Has everything I need and is quick and simple.

jEdit is ugly and not too intuitive in some ways; for example, there are no visible tabs if you have loaded several documents. I prefer Geany.

Currently using sublime as my main text editor. After switching to linux, had some problems with text encoding which was easily fixed by using jEdit. Doesn't replace Sublime but is definitely a tool I will always keep.

Just another thing. The rendering of text without any smoothing can be quite awful. Go to Utilities/Global options/Text area and chose the best combination of smoothing and font metrics for your monitor. Play a bit with the highlighting colors and you're good to go!

I have been looking for a multi-platform program editor since I bought a Mac. I was using Kate, and really like it. But then I started using jEdit. Uau! Super powerful, light, easy to install. Kate is buggy on Windows and a nightmare to install on a Mac. To install a simple text editor, you need to install Xcode developer tools (~2 GB), Fink (another couple of GB and hours for installing) and then KDE. That was when I gave up, after more than an hour of text running down the Terminal window.

When I do software development I'm typically either in Netbeans (for JVM stuff) or I'm in jEdit. I'm conversant with a bunch of other text editors (I'm mostly editor-agnostic, you see, although Emacs never gets even a keystroke out of me) including Notepad++, Gedit, Vim and a few others, but jEdit is the one I use most, partially because I can carry it with me on my USB stick and it will run on pretty much any platform I stick it in. (I carry my own JVMs as well, you see.)