I2P is an anonymizing network, offering a simple layer that identity-sensitive applications can use to securely communicate. All data is wrapped with several layers of encryption, and the network is both distributed and dynamic, with no trusted parties.

Many applications are available that interface with I2P, including mail, peer-peer, IRC chat and others.

The main I2P client implementation uses Java. If for some reason you can't use Java on your device, there are alternative implementations developed by community members.

i2pd i2pd is a I2P client implementation in C++. As of early 2016, i2pd is became stable enough to be used in production, and since summer 2016 it fully implements all I2P APIs.

⚫︎ DecentralizedI2P is based on a decentralized infrastructure with no single entity controlling it.

As far as I'm aware, this anonymous overlay network has recieved few if any audits from a reputable source. They're slow but meticulous in their development cycles. Such a system isn't as easy to configure as something like the Tor Browser, but is just as easy to initially setup. I recommend for scholars, developers wishing to help, and those who are just curious. (Side note: This project has been bundled into TAILS, or The Amnesic Incognito Live System, which likely warrents some inherent value to the privacy and anonymity people can achieve with this service/program.) I may release a full fledged review in the future.

The idea that you can go to a website, without being able to discover who or where they are, and conversely without them being able to identify you, is absolutely amazing. The I2P ecosystem, in my brief exposure to it, is functional but exceedingly slow and unreliable, even when compared with Tor which has some similar properties. Also the address book system and lookup services seems a bit clunky. I hope this improves as more people start to get involved and use the system, because it feels like an important step towards freedom on the Internet.

While the latest version is 2012. Support Forum is dead. Most links in the Application Website dead. Servers to contact most of time dead if it does still have them.

It is not zombie, the guys were at the Chaos Computer Club event in 2014, and the latest release was in march, 2014. go home, cop, you are drunk.

ZeroNet both of you and stop fighting.

"I2P is primarily not intended, nor designed, to be used as a proxy to the regular internet."

I2P, Freenet & ZeroNet are entire ecosystems each one. They are not only gates to circumvent censorship and you can't use them as VPNs. 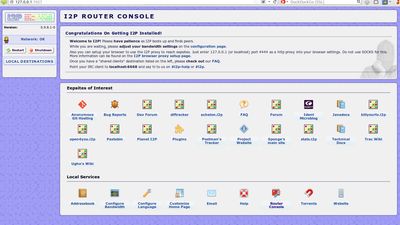 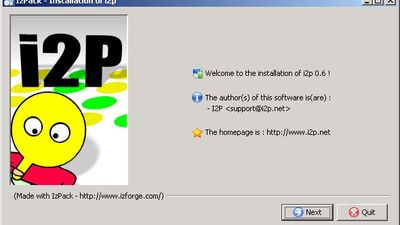 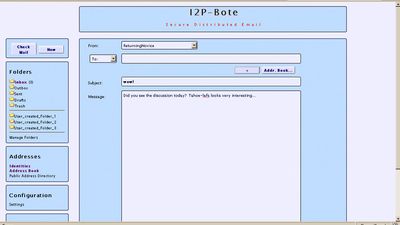 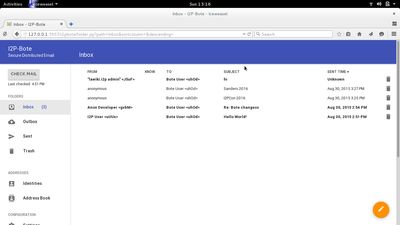 Our users have written 5 comments and reviews about I2P, and it has gotten 191 likes

View all
I2P was added to AlternativeTo by Entvex on and this page was last updated .