What is GNU social?

GNU social is a continuation of the

StatusNet project. It is social communication software for both public and private communications. It is widely supported and has a large userbase. It is already used by the Free Software Foundation, and Richard Stallman himself.

The history of GNU social

GNU social was started in 2010 as a spin-off from the GNU FM project that was created to power music communities such as Libre.fm. In 2013, Evan Prodromou continued to develop social software for the web as Pump.io, and kindly donated all of his work to the Free Software Foundation, so we merged the existing project with StatusNet and another project called FreeSocial. And here we are.

Thanks to Bytemark, GNU social has a new home in the UK, with resources to open a series of public GNU social servers for new users, including private servers dedicated to GNU social development. 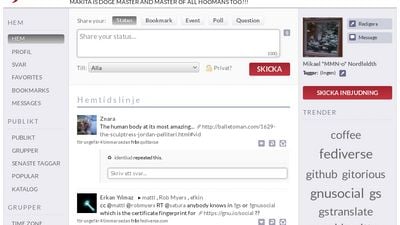 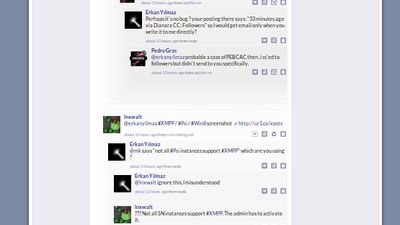 Our users have written 2 comments and reviews about GNU social, and it has gotten 92 likes

GNU social was added to AlternativeTo by HeathenMan on and this page was last updated . GNU social is sometimes referred to as GnuSocial.

It's decentralized, a great social site

Said about GNU social as an alternative

It is very similar to twitter, but it is decentralized. In many instances the character count is higher which is nice.