What is FOG Project?

FOG is a Linux-based, free and open source computer imaging solution for Windows XP, Vista and 7 that ties together a few open-source tools with a php-based web interface. FOG doesn't use any boot disks, or CDs; everything is done via TFTP and PXE. Also with fog many drivers are built into the kernel, so you don't really need to worry about drivers (unless there isn't a linux kernel driver for it). FOG also supports putting an image that came from a computer with a 80GB partition onto a machine with a 40GB hard drive as long as the data is less than 40GB.

Fog also includes a graphical Windows service that is used to change the hostname of the PC, restart the computer if a task is created for it, and auto import hosts into the FOG database. The service also installs printers, and does simple snap-ins. 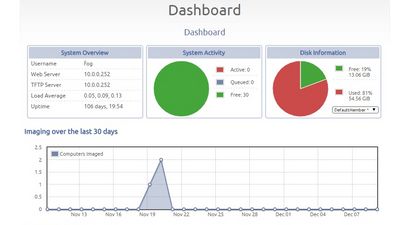 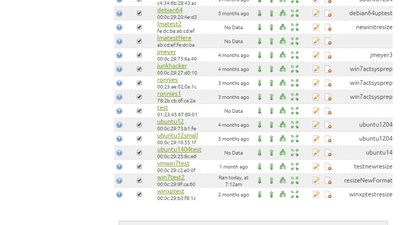 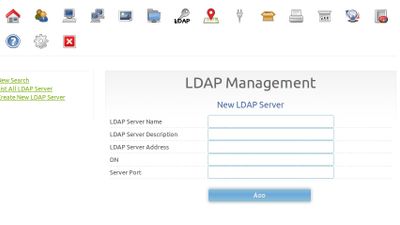 Our users have written 4 comments and reviews about FOG Project, and it has gotten 23 likes

FOG Project was added to AlternativeTo by ksoviero on and this page was last updated . FOG Project is sometimes referred to as FOG.

im not sure why clonezilla is a more popular alternative. Maybe because of the lifecd. I also use Clonezilla for imaging / backing up single computers. And i know that clonezilla is also possible as a server install. But somehow one day i chose fog and it works good for me. I even replaced altiris with it. Combined with ocsng. :)

Relatively easy to setup and maintain. Excellent community support. Does everything that I previously used Norton/Symantec Ghost to do.

I have setup FOG for many clients, including a PC repair company. To the best of my knowledge, they still use it...