Enpass offers you freedom from remembering too many passwords and other important credentials. It secures them in one place by your master password and makes them accessible anywhere and everywhere - on your smartphones, tablets, or desktops.

The app also helps you create strong and unique passwords for every login without the need to remember any of those. 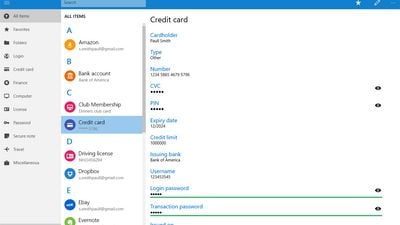 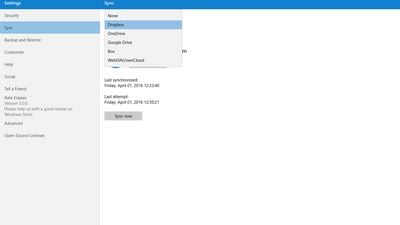 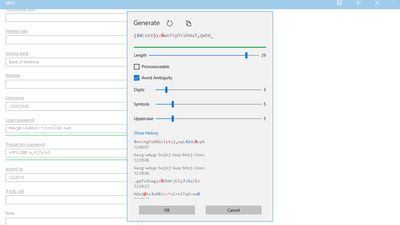 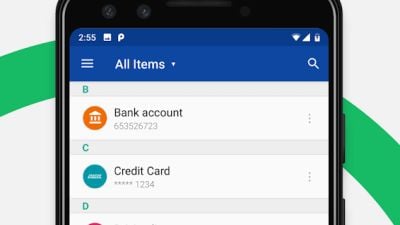 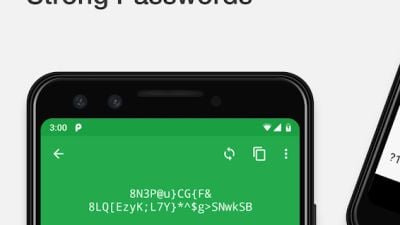 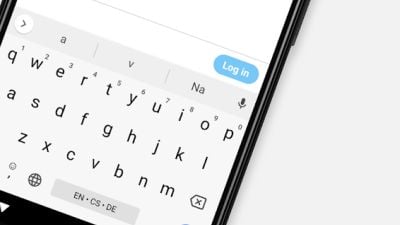 Our users have written 11 comments and reviews about Enpass, and it has gotten 79 likes

Enpass was added to AlternativeTo by ceibler on and this page was last updated .

Wow, interesting what other people's reaction to this app is. One reviewer calls it expensive. Well, now, only the mobile apps require payment, and the Pro version is $12. That's considerably less than, for example, 1Password charges, and 1Password is pushing everyone to an annual fee model.

I love that I can store the passwords where I want, and that they're not stored at Enpass. There have been too many database breaches for me to trust a company to keep my data safe.

KeePass, and its variants, are just too difficult to use on a daily basis. I tried it, I really did, but it was way too kludgy. Enpass works almost as seamlessly as 1Password, which is high praise from me. (I purchased 1Password updates for several years before their pressure to use their cloud drove me away.)

Password export is now available in json, csv, and txt formats, so the former complaints about exports should be resolved.

They have not yet released their source, and I understand people for whom that is a problem. However, apart from that largely ideological argument, I find Enpass to be the best contender currently available for Password Management. This is despite 1Password's generally superior UI.

(On the subject of Open Source vs. Closed Source software, unless you can go through the source yourself - not just in terms of ability, but also of time - you have no way to prove that software doesn't do things it says it doesn't do. And, an update could change what you had vetted into something else. At some point, you need to evaluate software on its merits, and decide whom you want to trust, and to what degree.)

Additionally, for those commenting that Enpass doesn't support MFA, this is just not correct. I am using Enpass with MFA currently, and it's pretty sweet.

I hadn't even heard about the LostPass vuln until I saw the warning here on Alternativeto.net. Clicked through to the Betanews article and was shocked at what I saw. Someone mentioned Enpass in the comments below, I gave it a spin and ended up deleting my Lastpass account a few days later. It was a pretty simple matter to export all 1000+ plus Lastpass entries I had accumulated over the years and import them into Enpass using .csv file.

Only thing lacking is support on some more esoteric platforms such as Snow Leopard and BSD. I actually prefer it to Lastpass in many ways.

This used to be a great app. It was expensive, but very good. Especially their UWP app on windows. Now though, they are rescinding their UWP app and forcing you to use a sub... and I mean sub standard Windows App. Their new Windows app doesn't scale at all and half of my passwords are now unaccessible due to the poor implementation. To make matters worse, despite having paid a premium for this app a couple of years ago, in order to get some of the features that I used to get with the expensive version I originally bought, it would appear that I have to give the developer more money. This is a classic bait and switch move from a cynical developer. Use anything other than this

Enpass is a great alternative for those who want to be able to choose where to store their password vaults. I used 1Password with my Apple products for many years, but with version 8 released this year, 1Password has dropped local vault support and is forcing users to switch to their cloud storage service with subscription only. Looking for alternatives I tried Enpass and was pleasantly surprised. Enpass supports storing your password vaults both locally and on (almost) any cloud storage service you like. It has apps for all major desktop and mobile operating systems. Unlike 1Password there is free Enpass license option as well as one time payed licence and subscription options to choose from. I have used Enpass daily for several moths now with Manjaro Linux, MacOS and iOS devices and have not had any problems. For those who need password manager with more user choices available, I would recommend Enpass!

you can store the encrypted passwords into any place you think is safe. you're free to copy it to anywhere you like.

Compare to LastPass, the Windows app is one billion times more responsive.

POSITIVES: I like that my passwords are stored more securely in Google Drive (using additional security).

The license fee for the mobile pro version is a reasonable cost, IF they keep improving the product.

WISH: Wish I can simply open the UI by clicking on the tray icon.  But instead I have to right-click tray icon, click Restore, click a down arrow, then click Show Enpass.  Too many nested clicks!