It was originally designed for the needs of DebConf; It has now been used for various other conferences, meetings and live musical performances.

Currently DVswitch can combine audio from one source with video from another; combine two video streams with a picture-in-picture effect, and cross-fade for a configurable amount of time between sources. It works solely with the DV format since it is widely supported by camcorders and it allows for low latency display and cutting. 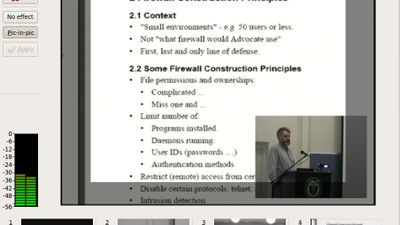 Our users have written 0 comments and reviews about DVSwitch, and it has gotten 2 likes

View all
DVSwitch was added to AlternativeTo by odinho on and this page was last updated .