What is Damn Small Linux?

Damn Small is small enough and smart enough to do the following things:

DSL was originally developed as an experiment to see how many usable desktop applications can fit inside a 50MB live CD. But over time, Damn Small Linux grew into a community project with hundreds of development hours put into refinements including a fully automated remote and local application installation system and a very versatile backup and restore system which may be used with any writable media including a hard drive, a floppy drive, or a USB device.

The project seems to be no longer updated (No release candidate since 2012, no stable release since 2008), but it still fully works. 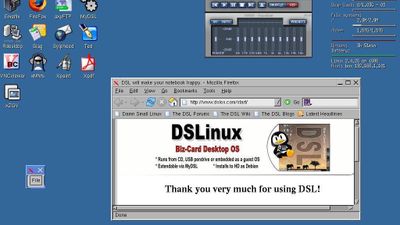 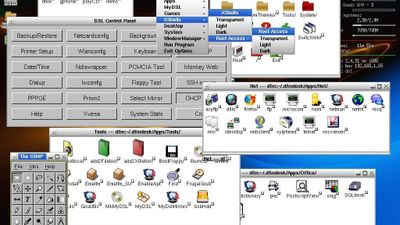 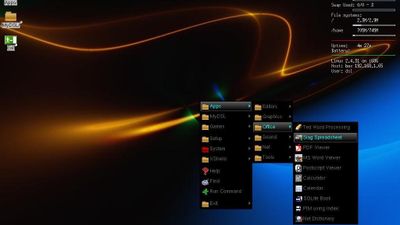 Our users have written 0 comments and reviews about Damn Small Linux, and it has gotten 27 likes