DS4Windows is an extract anywhere program that allows you to get the best DualShock 4 experience on your PC. By emulating a Xbox 360 controller, many more games are accessible.

Use X360-like input to use the DS4 in more games and have rumble Use the touchpad as a mouse or for more actions Use sixaxis movement for just as many actions Control the Lightbar: turn it off, dynamicly change by battery level, and more Map the buttons and sticks to other 360 controls or keyboard actions or macros Use profiles to quickly switch between configurations for your controllers Automatically switch profiles by when a certain program(s) is launched Hold an action to access a new whole set of controls Get a reading of how the sticks and sixaxis is working Assign a deadzone to both analog sticks, the triggers, and the sixaxis Automatically get new updates

DS4Windows was a project originally started by InhexSTER by the name of DS4 Tool. The tool was later branched off by electrobrains. I later decided to branch off my own and add things such as profiles.

The project was not updated since October 2016 and has issues with Win10. A forked project,

DS4Windows by Ryochan7 , is actively maintained 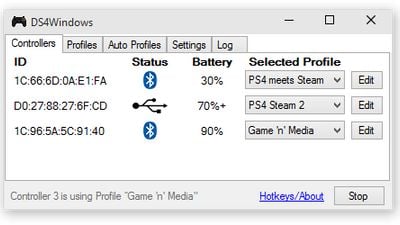 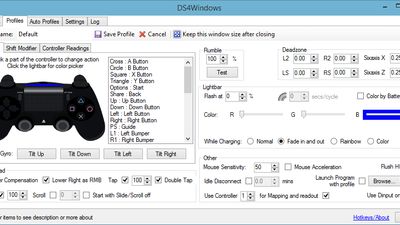 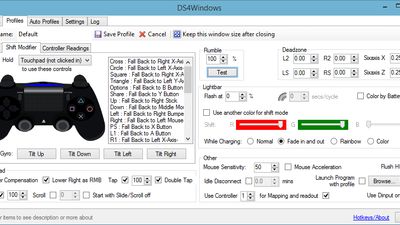 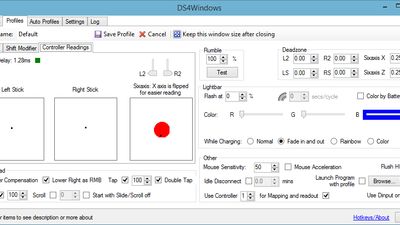 Our users have written 2 comments and reviews about DS4Windows, and it has gotten 17 likes

DS4Windows was added to AlternativeTo by hardasanut on and this page was last updated .

A great app! This version of DS4Windows is no longer maintained as of October 2016. A forked version by author Ryochan7, also called DS4Windows is available and is being updated regularly.

Said about DS4Windows as an alternative

Playstation fanboyism? Maybe. But the interface is great and DS4Windows is the Playstation equivalent to rewasd but it's opensource! Can't get better than well polished software that is opensource.

DS4Windows is no comparable program to Xpadder, but still an awesome program to use your PS4 Controller for PC.