This application is a basic image editor, similar to Microsoft Paint, but aiming at the GNOME desktop.

Very simple app who make the job for basic task like microsoft paint.
This program is install by default on linux mint

Simple. Gets the job done.

Linux Mint 19.3 chose this as an alternative to GIMP, which they are no longer installing by default. It's barely comparable, really, if anything it should be included as a GIMP alternative only since a major distribution considers it to be so.

This is a very basic app, and does not allow the use of layers. Perhaps the reason for its choice for inclusion by Mint is that there are few user-friendly graphics apps on the Gnome Desktop. Luckily, users of Gnome can install KDE apps like Krita with much more functionality.

That's one particular distro's problem. Why give this app a poor rating. It does what it's supposed to do.

Perhaps you are right, and now I see it is not listed as an alternative to GIMP. Alas, if it is being compared with the likes of photoshop or gimp, it doesn't deserve a high rating, but as I couldn't remove the one-star rating, entirely, in the interest of fairness, I will leave it with 5. 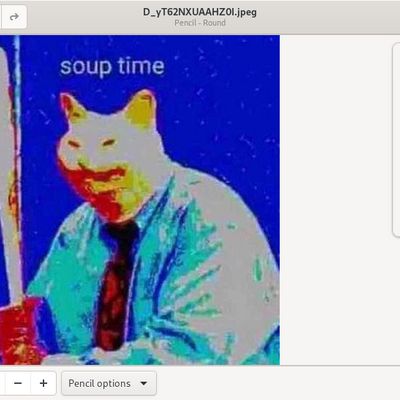 Our users have written 3 comments and reviews about Drawing, and it has gotten 9 likes