What is django CMS?

django CMS is an Enterprise Content Management built with Django and one of the most active open-source projects in the Django ecosystem. Since 2007 it powers tens of thousands of sites large and small across the world, and benefits from a friendly and welcoming developer community.

The content management system is based on the web framework Django and is written in Python.

The new 3.2 version focuses on UX/UI improvements and touch- screen content management, making it easy to update websites not just at your desk, but on the move and wherever you are.

Backed by Divio, an international Python/Django development company, django CMS is a free open source application deployed by both small and large businesses – including NASA, PBS, L’Oreal and Canonical – and is the go-to choice for content managers, content editors and website admins.

Main features in version 3.2 include: • Touch-screen support With tablet support, this new technology opens the door to creating and managing content from virtually anywhere: on the bus, at home in bed, or even at the beach. • New UX/UI The system’s user interfaces have been comprehensively rethought, redesigned and extensively tested with the end-user in mind. • Improved performance Behind the scenes, frontend code has been aggressively optimised to improve speed and bandwidth consumption - advances that will benefit all users, but particularly those using less powerful devices and slower networks.

As an open-source project, django CMS is constantly being updated and improved. More than 300 developers have contributed to the application’s success to date, with contributors in almost every language. Last month, the application received nearly 70,000 downloads, a figure that continues to rise. 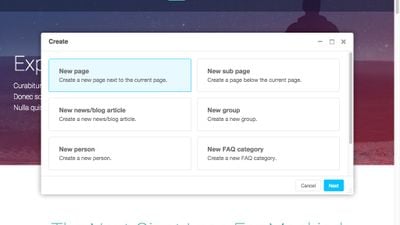 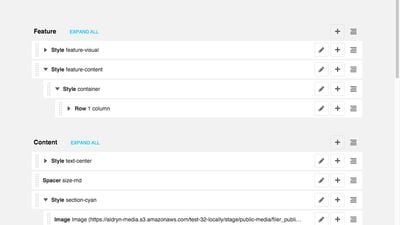 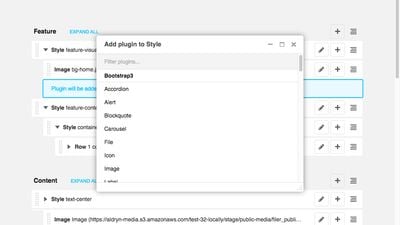 Our users have written 2 comments and reviews about django CMS, and it has gotten 60 likes

django CMS was added to AlternativeTo by RemovedUser on and this page was last updated .

Python & Django based. Easy to install and to extend. Well maintained.

Said about django CMS as an alternative