DiskTuna is an easy to use, on-demand, no frills disk optimizer and defragmentation utility for FAT, FAT32 and NTFS formatted drives. Through a simple to use mechanism you can create ‘jobs’ that enable you to schedule or launch disk optimization with just one click. DiskTuna is freeware. DiskTuna reorganizes your disk and will make it faster and more responsive.

DiskTuna is safe: It relies on the proven and reliable Windows defrag API to move files. It checks the volume state prior to defragmentation. DiskTuna features a VSS safe-mode to reduce interaction between defragmentation and shadow copies and a thermal monitor to protect your hard disk from overheating. 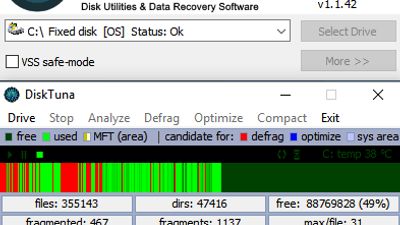 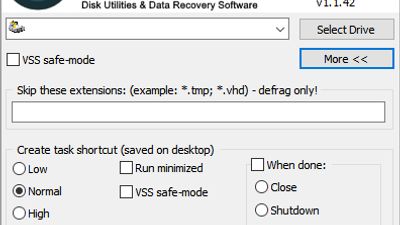 Our users have written 0 comments and reviews about DiskTuna, and it has gotten 2 likes

DiskTuna was added to AlternativeTo by joepvansteen on and this page was last updated .

Said about DiskTuna as an alternative

yes, free. maybe not the fastest, but results are spectecular