In 2052 a third world war broke out, every nation fired nuclear missiles and every major city was hit with a nuclear bomb. The surviving population are exposed to a horrific form of radiation, never seen before. People who are exposed cannot die. They just turn into zombies. Unaware of the massive pandemic, your plane lands safely. However things aren’t normal. You see the zombies who want to kill you, but you have no supplies. Have you got what it takes to stop them? 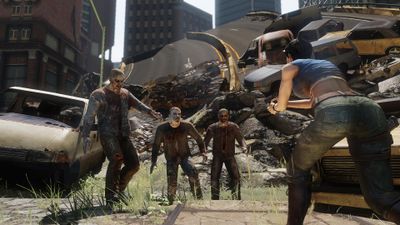 Our users have written 0 comments and reviews about DeadZ, and it has gotten 1 likes

View all
DeadZ was added to AlternativeTo by SapioiT on and this page was last updated .