Cubieboard is a single-board computer, made in Shenzhen, Guangdong, China. The first short run of prototype boards were sold internationally in September 2012, and the production version as started to be sold in October 2012. It can run Android 4 ICS, Ubuntu 12.04 desktop, Fedora 19 ARM Remix desktop, XBMC media player system, Archlinux ARM or basic Debian server via Cubian distribution. 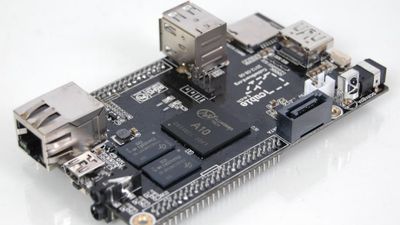 Our users have written 0 comments and reviews about Cubieboard, and it has gotten 1 likes

Cubieboard was added to AlternativeTo by cpfotiadis on and this page was last updated .