What is Clean Uninstall?

"Clean Uninstall" cleans fingerprints (such as preferences) left by an add-on from your Firefox profile upon its removal. Usually add-on developers do not clear preferences created by their extension just before extension gets uninstalled. This leads to have a massive pref.js file once you have tried a few extensions. So after trying out a few extensions, although you have removed them, but your Firefox is not as responsive as it used to be. This extension notifies you about these preferences after an extension got removed.

The extension is not updated since August 2017 and it's currently not compatible with Firefox 57 and Pale Moon 27. It still works on XUL-based Firefox forks like 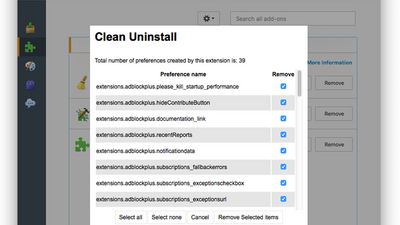 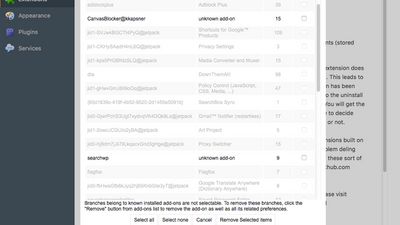 Our users have written 0 comments and reviews about Clean Uninstall, and it has gotten 0 likes

Clean Uninstall was added to AlternativeTo by Danilo_Venom on and this page was last updated .