What is The Battle for Wesnoth?

The Battle for Wesnoth is a turn-based tactical strategy game with a high fantasy theme.

Build up a great army, gradually turning raw recruits into hardened veterans. In later games, recall your toughest warriors and form a deadly host against whom none can stand! Choose units from a large pool of specialists, and hand-pick a force with the right strengths to fight well on different terrains against all manner of opposition.

The Battle for Wesnoth Screenshots 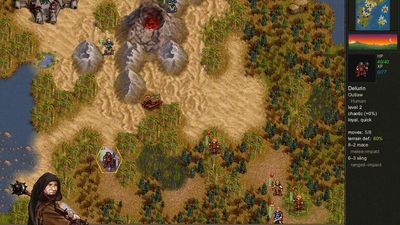 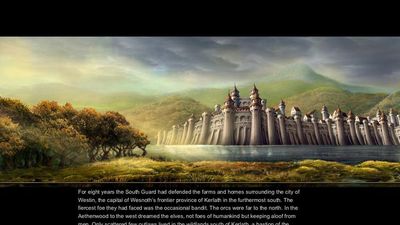 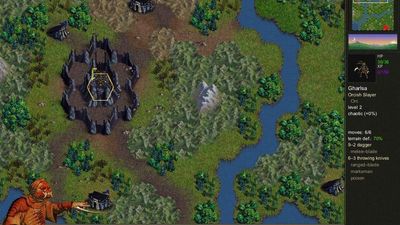 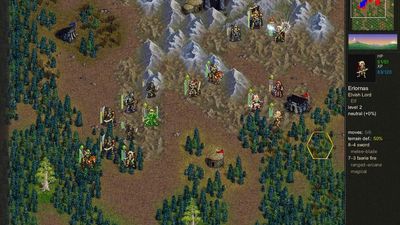 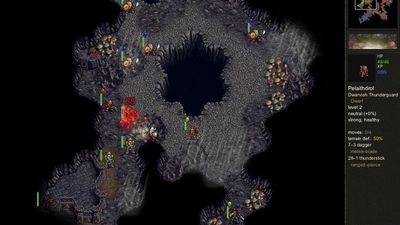 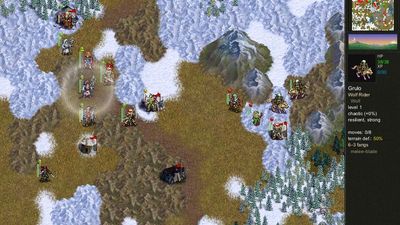 The Battle for Wesnoth Features

The Battle for Wesnoth information

Our users have written 2 comments and reviews about The Battle for Wesnoth, and it has gotten 168 likes

The only downside is chance in the story mode. Sometimes the easiest solution is to load from a save state and hope for good luck. You do not have this problem in multiplayer mode. And the graphics are amazing!

This is something between Final Fantasy Tactics, UFO and Warlords, and maybe Heroes of Might and Magic (two last mainly in sense of graphics and UI than gameplay). But the gameplay is too similar to FFT just on big maps. However, official version that the game was inspired by first Langrisser for Sega MegaDrive console but with original ideas of David White. Maybe it's so, but my opinion that FFT nearest) You leads your warriors through the scenarios and recruits new when needed, each of them could have skills and name which makes it more or less unique, also you can add some special abilities to any unit with artifacts which come across in some scenarios. Some of them fight for salary but some fights for the idea, loyalty take ability slot, but such units "free for use". It reminds me UFO, but not so complex - you could choose a specialization of a unit from 2 level but not separate skills.

The game was created as universal campaign and content builder, that's why any resources are opened and could be changed/moved and reused to create new content. It makes the game almost infinitive. For example, only one Add-on Ageless Era combines all Eras developed before by various artists and contains dozen of fractions and units.

The game supports several multiplayer modes: official server, custom server, local or hot-seat, so you will not feel the lack of something with it. However, open games not so much, and you should be experienced to start because many of them use UMC Eras which you can't explore with SP campaigns.

So you can play or you can create) Should say that the team made titanic work over the years! Music, sprites, animation, lore, tiles and big avatars of units seem much professional, music especially. The only one deficiency I see - everything is too small to play in windows or real monitor resolution. I understand that the developing started years ago when 1024x768 was a standard de-facto, but eyes so tired from long play. Hope devs will make something with it. I saw latest dev-build and notice some interpolation for units' sprites on Pedia modal window. So I think some work in this area is being carried out.

Even if you don't like to play games, you should download it and get 12 UMC Music Books from add-ons repo, there is over 2 hundred classical (mostly) music and ambients composed by various artists, and it's amazing if you like some kind of music)

Said about The Battle for Wesnoth as an alternative

It has a similar depth of game.

Lists containing The Battle for Wesnoth

Recent user activities on The Battle for Wesnoth