Asteroids is a video arcade game released in November 1979 by Atari Inc. It was one of the most popular and influential games of the Golden Age of Arcade Games, selling 70,000 arcade cabinets. Asteroids uses a vector display and a two-dimensional view that wraps around in both screen axes. The player controls a spaceship in an asteroid field which is periodically traversed by flying saucers. The object of the game is to shoot and destroy asteroids and saucers while not colliding with either, or being hit by the saucers' counter-fire. 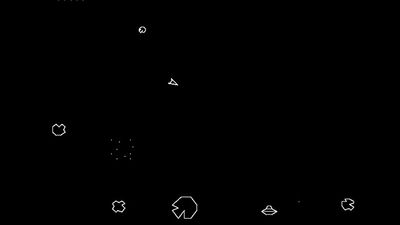 Our users have written 0 comments and reviews about Asteroids, and it has gotten 1 likes

Asteroids was added to AlternativeTo by bobberson12 on and this page was last updated .

This is an unofficial fan-app.