AirPlay mirror your Mac or PC's screen to your Apple TV, wirelessly.

App Mirroring.
Mirror a specific application without the rest of your desktop or applications cluttering the screen. (OS X Only)

Desktop Extension.
Add more space to your desktop by creating a virtual monitor and extending your desktop to your TV. (OS X Only)

Desktop Mirroring.
Mirror your desktop to any AppleTV so others can see exactly what's on your screen.
Show full description ▾

I recently upgraded my late 2009 iMac to Mountain Lion with the hopes of being able to use AirPlay direct to my Apple TV, and learned very quickly that it was impossible on my hardware.

I was pointed toward AirParrot and I was thrilled to learn about a free trial (good for 20 minutes of usage, unlimited times.)

During the trial, I was able to set it up to my liking with the help of Kyle, the friendly staff who was answering as many questions as I would throw at him.

Here is my media setup at home:

If you are like me, you want to be able to use the computer while you stream to the television, or at least have the option to. This may be app specific, but Plex allowed me to set the Audio output to be AirParrot, meaning the audio I stream to the Apple TV was separate from the audio I had playing on my iMac.

Overall, definitely worth the money to get AirPlay working on older Apple hardware that isn't necessarily supported in Mountain Lion's AirPlay abilities.

Ahh! Thats exactly what I do with my damm mountain lion which I updated from the system update

Reply written over 8 years ago

Airparrot is the worst app I have ever used. I use a Mac and so far it has crashed my Mac 8 times and worked for a cumulative 5 minutes. Customer service is slow and unhelpful. Avoid this product like the plague 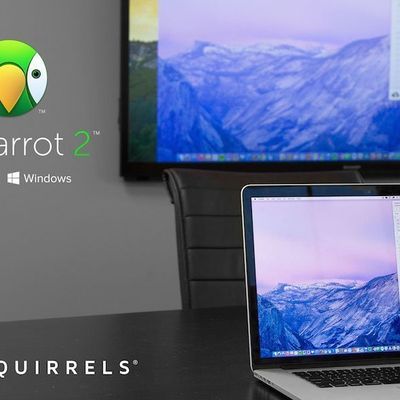 Our users have written 4 comments and reviews about AirParrot, and it has gotten 17 likes