What is ACDSee Photo Editor?

ACDSee Photo Editor makes it easy to create the photos you’ve always envisioned. Apply stunning effects and filters, work with object layers effortlessly, quickly correct common photo flaws, and make advanced edits like a pro. With ACDSee Photo Editor, you have the power to transform any shot into your most extraordinary one yet.

Comfortably select from among overlapping objects, and choose the exact place where you want to paste your elements with the Paste and Place option. Open, load and utilize brush files to enhance your layouts. Resize, crop, rotate and correct your photos. And easily work with drop shadows, transparencies and text, to achieve your desired layout.

Correct your photos with powerful and fast-fix tools, including Red Eye, Dodge, Burn, Sharpen, and Smudge. Magically erase imperfections, blemishes, and unwanted objects with the Repair Tool. Try the Auto-adjustments feature for one-click Auto Color Balance, Auto Levels, Auto Sharpen, or Auto Contrast. Use Auto Fix to make all the necessary adjustments for you at once, or take full control of each adjustment using sliders.

Easily add your creative flair to photos. Try a vignette to create polished portrait-style photos. Set your photos in motion with the Blur tools. Take your photos back in time with the sepia effect, or add a dash of drama with Photo Editor’s comprehensive black and white mode.

Save time by using the Batch Processor to edit groups of photos. Fix color, lighting and sharpness issues, or apply artistic effects, to everything all at once.

Adding and editing EXIF and IPTC information will not only help you keep track of the details, but will also provide excellent reference to aid you in recreating that perfect shot.
Show full description ▾

on my Mac, I use either Apple Photos or Graphicconverter. I only ever used ACDSee when it came with my HP digital camera back in 2000. It never worked on Mac, and, it was just crap.

Acdsee PRO for the MAC OS, does not work on the latest version of the OS. Here is the post and the response I have gotten from Acdsee. This was posted in November 23, 2016. They are still selling the product, that does not work, the Beta that they referred to for version 4, is still not available. They suggested that they would have it out before Christmas, they did not make it. Here is the link for the site where you can buy the product that does not work. Note there is no disclaimer that it wont work with the current MAC OSX. http://www.acdsee.com/en/products/acdsee-pro-3-mac
I have been very patient waiting for this new version (Of note: Mac OS 10.12.1 Sierra, was released September 20,2016. As a software developer, they should have had it in their hands to verify that it worked before then). We are now in 2017, and it is still not supported. By not supported, what I really mean is it does not work. Not even to just view the pictures you have on your Mac.

This post was by me on Facebook, their responses no longer show up.
Any idea when Acdsee will work on a Mac? I have Acdsee MAC Pro 3.7.201 and Mac OS 10.12.1 Sierra. This doesn't work and the answer from support was ... NOT SUPPORTED. Yet, they are still selling this software. $29.95 with no disclaimer that it doesn't yet work with the latest software. I have been a customer since the '80's. Started out with PC's and moved to Mac about 10 years ago. I upgraded my OS about 2 months ago, shortly after that noticed that Acdsee was not working, called support and they said that I should sign up for the Beta for Acdsee Mac Pro 4.0, of course that is not yet available. 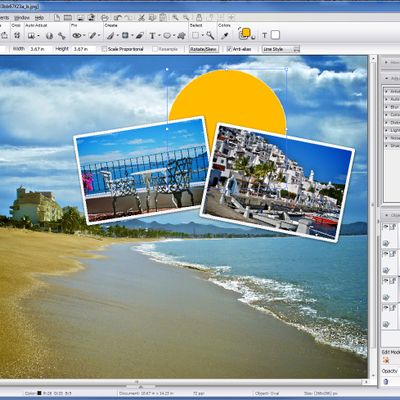 Our users have written 2 comments and reviews about ACDSee Photo Editor, and it has gotten 5 likes