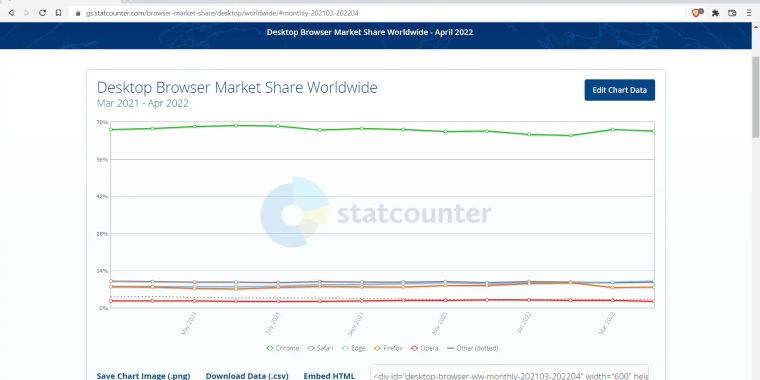 Microsoft Edge has surpassed both Apple's Safari and Mozilla's Firefox web browsers in order to become the second most used browser on desktop computers.

This data comes from the Statcounter global research firm, which details desktop browser usage by platform, region, and year (starting from 2009). The April 2022 results for desktop computers has ranked Edge second only to

The increase in market share for Microsoft Edge can be attributed to multiple factors, including its recent change from a proprietary web engine to the same

Chromium that powers Chrome and other popular browsers. It's also the default browser for both

Windows 10, meaning that many more casual web browser users will utilize it. This is exacerbated by

iOS. It can be downloaded from the official website at microsoft.com/en-us/edge.