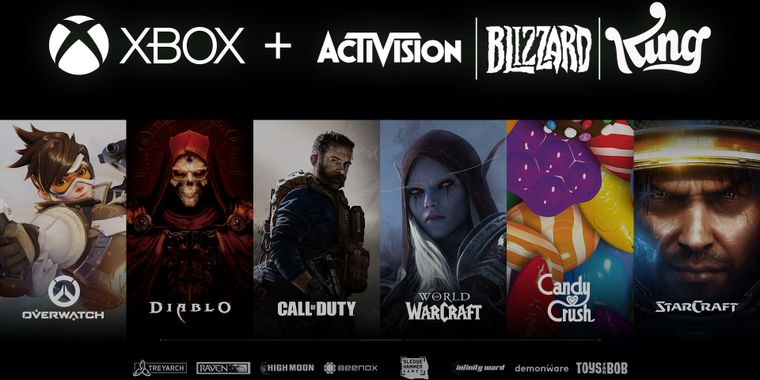 Microsoft today announced that it is acquiring gaming giant Activision Blizzard for $68.7 billion in cash.

World of Warcraft. This builds upon their existing in house IP like

Halo and their previously acquired Bethesda Softworks properties like

The announcement sent ripples throughout the gaming and investing communities, as this purchase makes the following statements true:

The acquisition comes at a time where public opinion of the Activision Blizzard's leadership is at an all-time low following the ongoing sexual assault reports plaguing it. It is set to complete in the next fiscal year.

Blizzard Battle.net as the exclusive PC distributor of Call of Duty, World of Warcraft, and

Overwatch has yet to be announced. As of this story, the companies are still independently operated with no structural changes announced.

Xbox Live (Silver) is free for basic features such as messaging and dashboard and game updates.