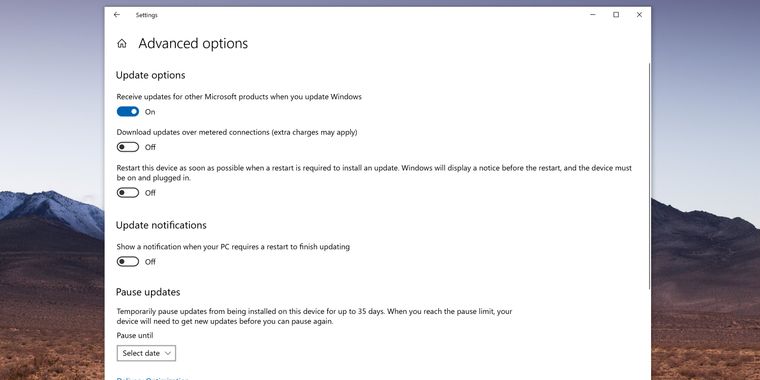 In a move that will pose controversial for enterprise users, version 2004 of Microsoft's flagship Windows 10 operating system has removed the ability to defer from installing updates in its built-in settings application.

Microsoft put out the following statement in its documentation (as seen here via GitHub):

"Last year, we changed update installation policies for Windows 10 to only target devices running a feature update version that is nearing end of service. As a result, many devices are only updating once a year. To enable all devices to make the most of this policy change, and to prevent confusion, we have removed deferrals from the Windows Update settings Advanced Options page starting on Windows 10, version 2004.

Windows 10. Other options to consider include switching to an operating system that enables to exercise full control over what is installed and when, such as

Windows 10 is a personal computer operating system released by Microsoft as part of the Windows NT family of operating...