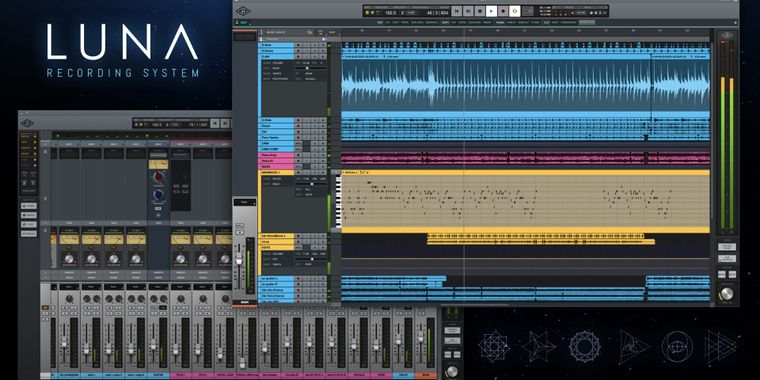 The major features included in LUNA are the following:

Where LUNA is looking to be revolutionary is in how it resolves common audio latency issues for macOS digital audio workstation users.

The following instruments will be available when LUNA launches:

LUNA Recording system will be releasing exclusively for

macOS and is currently aiming for a spring 2020 release (somewhere between March 19th, 2020 and June 20th, 2020). It'll be freely available for Apollo and Arrow Thunderbolt audio interface owners. More information on LUNA can be found at uaudio.com/luna.