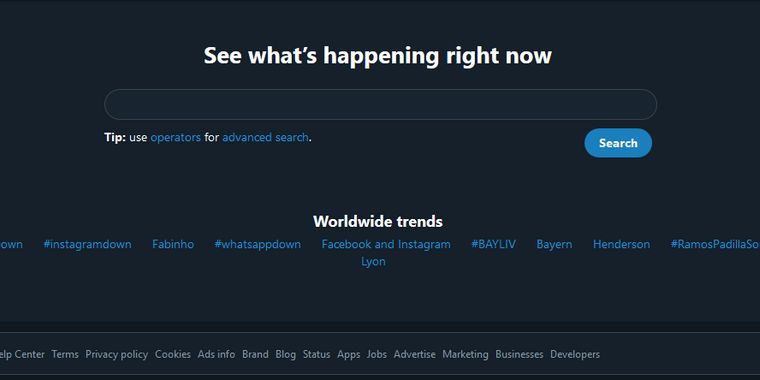 "Yesterday, as a result of a server configuration change, many people had trouble accessing our apps and services. We've now resolved the issues and our systems are recovering. We’re very sorry for the inconvenience and appreciate everyone’s patience."

Facebook went to Twitter to explain what it knows about the ongoing outage, stating that it is "...aware that some people are currently having trouble accessing the Facebook family of apps," and that its engineers are "...working to resolve the issue as soon as possible." In a followup tweet, the social network giant confirmed "...that the issue is not related to a DDoS attack."

The hashtags #FacebookDown and #InstagramDown trended worldwide on

As of this post, the issue is seemingly ongoing. The post will be updated with any further news.