Zebralette is just one of Zebra2's oscillators packed into a simple, easy-to-learn framework – but you have everything you need to make some pretty amazing sounds. Sounds that can be directly loaded into Zebra2 later. And should you eventually decide to upgrade to Zebra2, you will already know everything there is to know about the oscillators – which is quite an advantage!

So: Because the Zebra2 oscillators are so powerful, Zebralette is actually a great little synth in its own right, and it has the same pristine audio quality as the mighty Zebra2... try out the new presets and see for yourself! 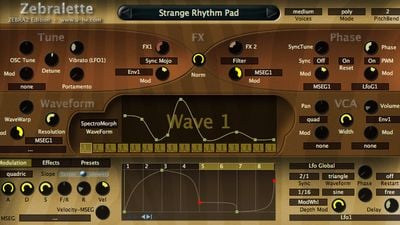 Our users have written 0 comments and reviews about Zebralette, and it has gotten 0 likes

Zebralette was added to AlternativeTo by klappacher on and this page was last updated .