Xenonauts is strategy game in which you control a multi-national military organisation attempting to defend a Cold War-era Earth from alien invasion. They are split across a tactical level where your team of (persistent) soldiers battles the alien ground forces and recovers their technology, and a strategic management level. The franchise has been heavily inspired by the classic X-Com strategy games. The first Xenonauts is a direct spiritual success to UFO: Enemy Unknown (1994), but Xenonauts-2 takes the franchise down its own path and offers a new twist on an old formula!

KEY FEATURES:
• Ground Combat: Experience tense turn-based combat across varied and fully-destructible battlefields against a multitude of different alien species. Missions include everything from capturing crashed UFOs and alien bases to defending cities (or even Xenonaut facilities) against alien attack!
• Strategic Management: Manage the defence of the planet on the strategy layer, balancing the needs of your funding nations with your own. Your funds are limited – are you going to spend them on new combat equipment, more scientists for the research effort, or expanding your interceptor squadrons?
• Research Tree: Harness the alien technology and turn it against them! Explore an extensive research tree that unlocks upgrades and equipment for your soldiers and interceptors, whilst also slowly revealing the intentions and origins of the invaders.
• Persistent Soldiers: Your soldiers gain rank and improve their abilities from mission to mission – assuming you can keep them alive!
• Emergent Simulation: Missions are not pre-scripted but are based on your actions; e.g. shoot down a Scout UFO over the Arctic and you will get a mission to capture a crashed Scout UFO in the polar tileset. Launch a mission at night-time and you will be fighting with reduced sight range in the darkness. The game never plays out the same way twice!
Show full description ▾

They don't play - they live!

In the same time while people are argue about what best of X-COM is - classic or modded Firaxis' XCOM: Long War, in the shadow of such discussions we have Xenonauts and it's a miracle. 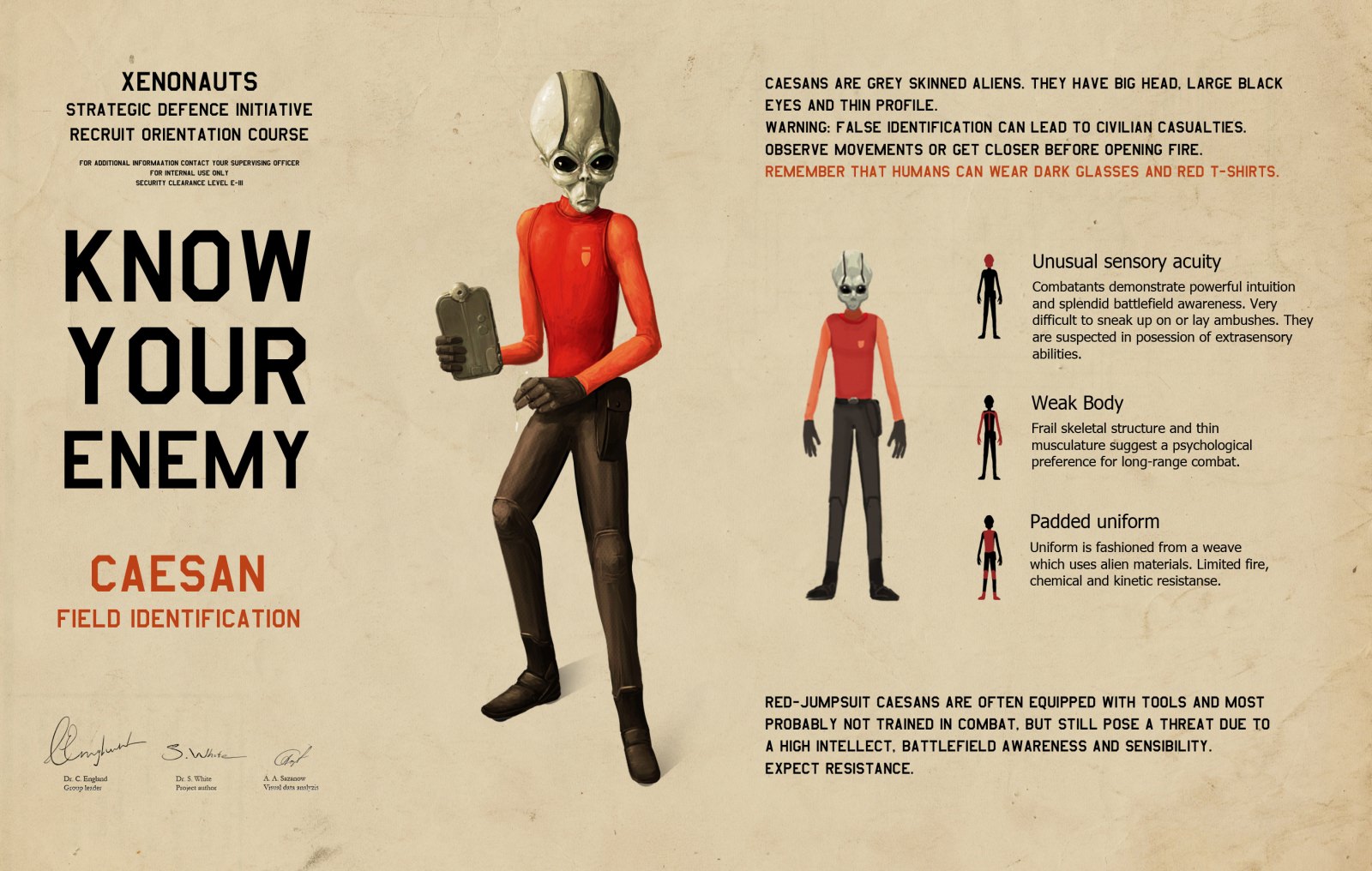 Personally, I can't say that original UFO: Enemy Unknown/Terror from the Deep were games that I played for months of my youth, economic strategies wasn't what I got good, but I liked its tactical mode. For a reason I remember X-COM: Apocalypse more, especially destruction "skyscrapers" from sky with jetpacks). And I glad to found that all of it can be reached and refreshed with Xenonauts. To be fair, I like new X-COM: Enemy Unknown, it's spectacular tactical action, but this is trying to replace your imagination and moving in gutter of modern science fiction trends - super-duper organization with super-duper HQ is saving the world, so pretentiously. And this game started to grow in some different way, all these add-ons, hybrids, etc. Original X-COM/UFO represented absolutely different world and atmosphere that been grasped in Xenonauts.
X-COM: UFO Defense/UFO: Enemy Unknown it's the mix of tactical combats, horror, global strategy and economic micromanagement. An important nuance, initially the developers planned only tactical combats, but were forced to add the global strategy mode and research tree at the request of the publisher, who was guided by Civilization. This fact made X-COM what we know it! The Alien invasion caught the earthlings off guard, a player have to work with untrained "desperate housewives" only who wants to join the organization. Will be a great luck if some of them even know how to hold a gun. Aliens opposite has superiority over human civilization. Original game provided a little information about missions, weapon, enemies stats, etc. what we used to see in most RPG and strategy games. So practice is the only way to understand how works weapon on the battlefield and aliens' behavior, and you should to keep it in mind. You even didn't see how many TUs needed for an action. Personally, I think it was game design lack, Xenonauts fixed it with the way like OpenXcom did. Although OpenXcom allows to disable hints, Xenonauts not allows. All this things makes original game similar to the best representatives of horror genre, especially at night. Little Sectoid who attack you directly at the landing spot from the dark of apple orchard - it's really scary. Something invisible is killing us! Arctic landscapes like "Thing" movie - something is killing polar scientists, somewhere among frosty heavy machinery. A few steps in the cold dark and your people are laying on the red from those blood snow. Instead other UFO clones and official remake Xenonauts has grim realism. Some of your people just came back from Vietnam and now the new threat.
Despite the relatively primitive (but not incompetent) graphic, Xenonauts make some memorable things randomly. For instance, two of your soldiers has opened metal doors of a factory and found Sebillian soldier near opposite wall. As you fight them before, you presumptuously shot him with all what you have, but failed - the enemy isn't defeated and your soldiers has no time to step back. Doomed, you press END TURN button and hope for lucky chance to miss the back shot... and at the moment power shot from a side has killed your enemy. You sent your soldiers deeply to unexplored area of the factory and found there a security guard. Don't know who is he, even his name, but he saved two lives today. Exciting! Yes, there is civilian forces in Xenonauts who fight aliens themselves. However, after industrial espionage local forces around the world gets access to laser weapon. They are so weak, but could be useful even with small amount of damage. Such things are very important, I think, it makes illusion that the world live its own life. Not so bad for global strategy game.
AI is very good I found, as aliens are superior civilization, they almost every know where you are, but their behavior is unpredictable, some of them could keep certain territory, some hunt for you. But in terror mission they systematically clear streets, and it's different. 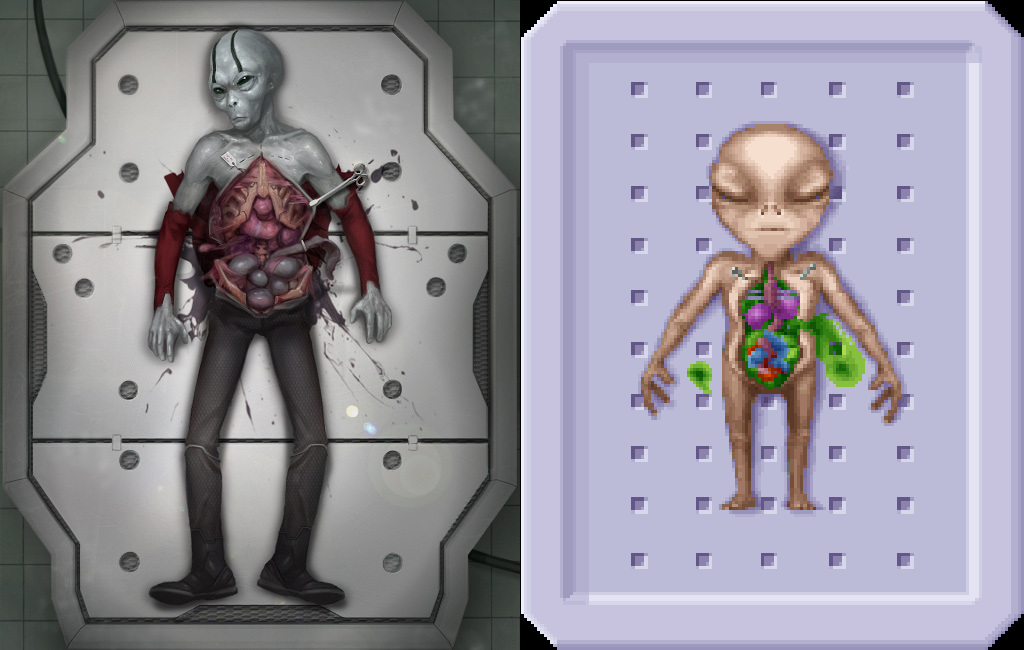 Goldhawk Interactive tried to copy the game mechanics and even interface behavior as close to UFO Defense as possible, even style of art for Xenopedia. However, there are some simplification opposite UFO Defence, for instance: 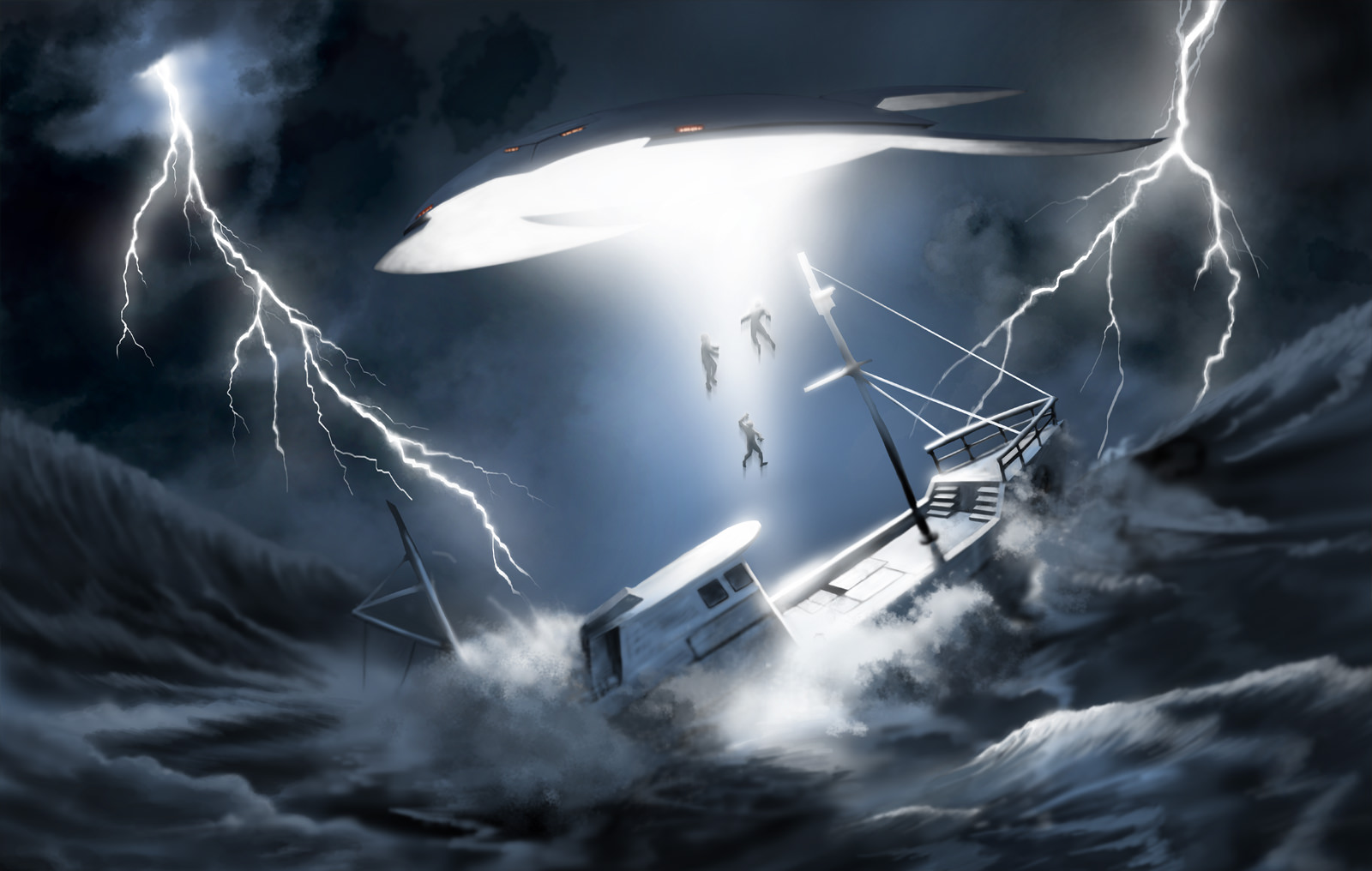 Generally, CE is harder than Vanilla, but more interesting and less bored with repetitive maps. Think about CE as about Semi-official patch. But some bugs are still there, for example: soldiers don't move if not enough TU for moving to clicked square if starting and ending points are placed on different floors or require change floors during moving; sometimes alien weapon doesn't reloaded with quick panel button due insufficient TUs, but it's mistake then you can reload weapon on inventory panel. 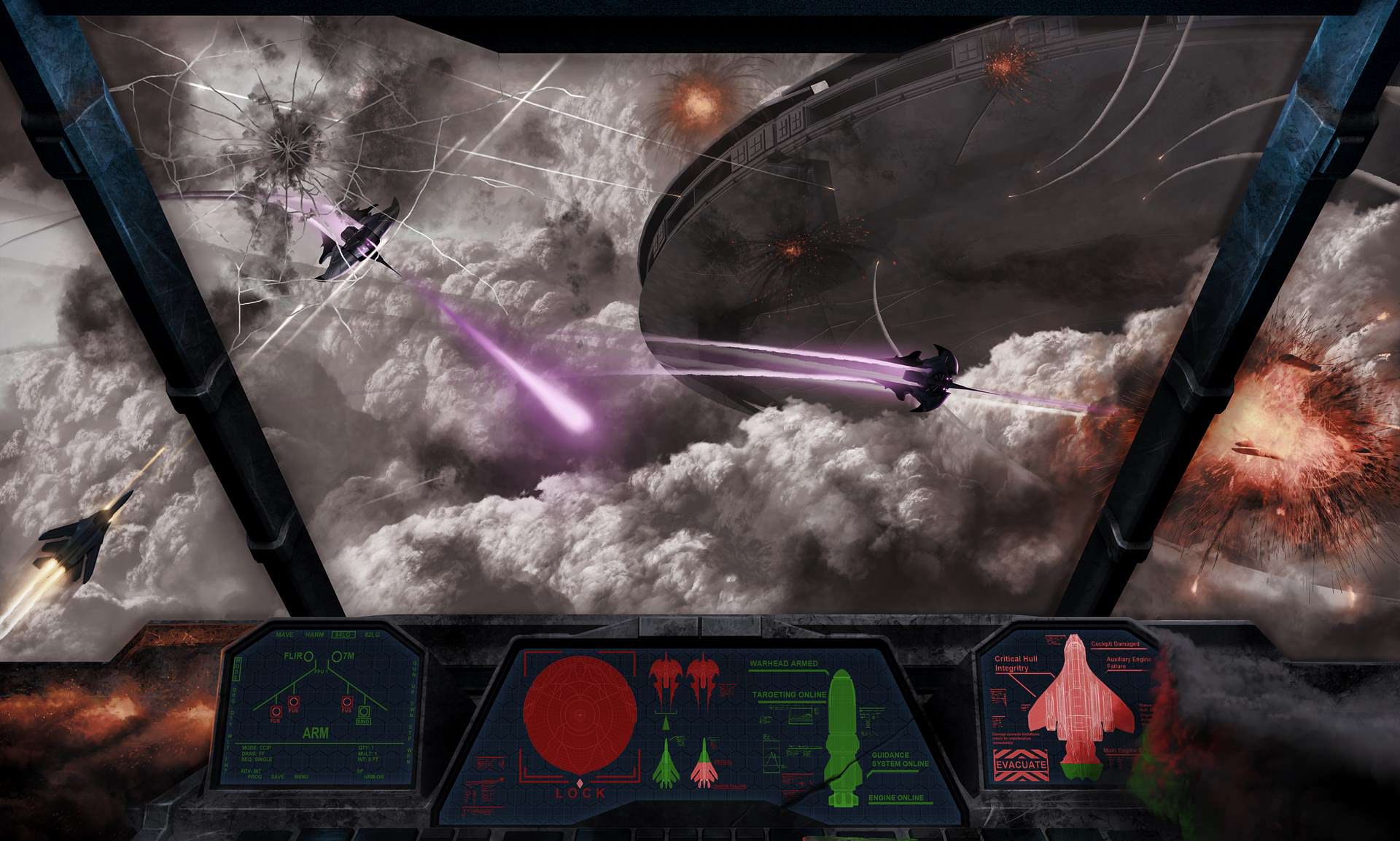 If you want more hardcore even more than something before, you can try mods like X-Division, it's absolutely different experience. Creators say that it's like original X-Com, but it's harder, humans there even can't beat aliens quickly that's why they need to grab alien ballistic weapons to high up chances to get some craft materials and corps. And first part of the game is just surviving on the edge. But it's BETA and some things works not in ordinary way. On other hand, if you find the game as too long, you can use another mod On the edge which high up accuracy and reflexes to normal level for any new recruits. There are more modification, so you can change your experience in you way. Also the game has a quite simple architecture, so you can easily change or ad something by yourself, no clever packs, specified binary data, only LUA scripts, XML data of units and objects, PNG spritesheets and OGG music, like in good old days, neither? Of course, disadvantage of this approach is every addition takes too many disk space. For example every new unit type can take dozen of megabytes even if you need change only uniform color. 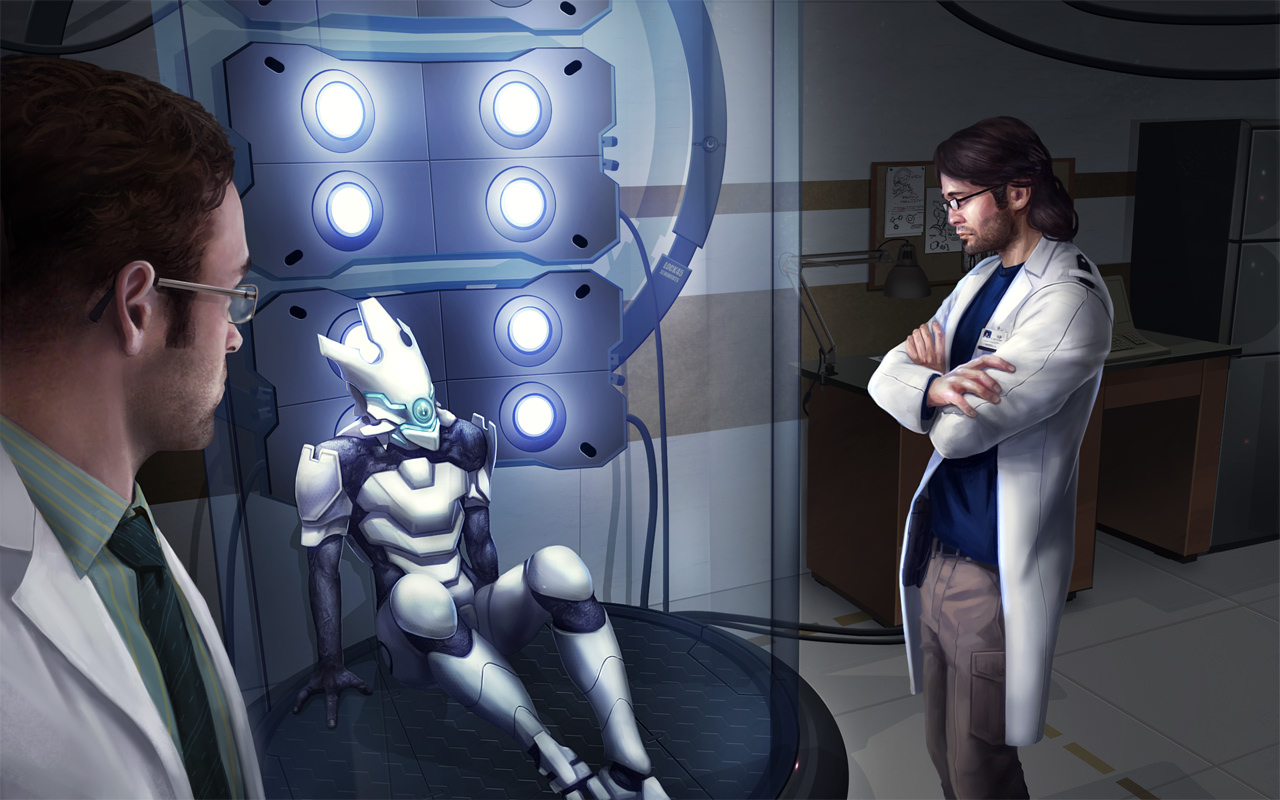 Of course, the game not ideal, some things bring me in cognitive dissonance. I didn't found shields, pistols, rocket launchers useful (more useful in CE, because too many buildings and aliens often hides on the floors, so it may be helpful to destroy the wall or long siege of building) at all.
In the last phase the game become too boring. Only one purpose of tactical combats in last phase is alloy and alenium grind to construct some high-end weapon and interceptors. But all these combats are the same. For a reason all maps with Battleship are the same (only different tileset) instead regular tactical combats. But there battleships only (Dreadnoughts and Scouts also appeared in CE, so you can promote your privates with weak enemies too) in last phase. At this point, I was upset at so much that almost quit playing, but fortunately I had enough good fighters and weapons to immediately begin ENDGAME OPERATION. I'm sorry for those who are not so lucky as me, because they would have to go through dozens of monotonous missions again and again to train good fighters.
But in the end, if you're looking for atmospheric retro-fashioned sci-fi tactical strategy game with good challenging AI in environment of good old good 70s Earth and you like original X-COM then Xenonauts is an option. Also this is MUST PLAY game for every newbie who wants to get classic tactical experience. 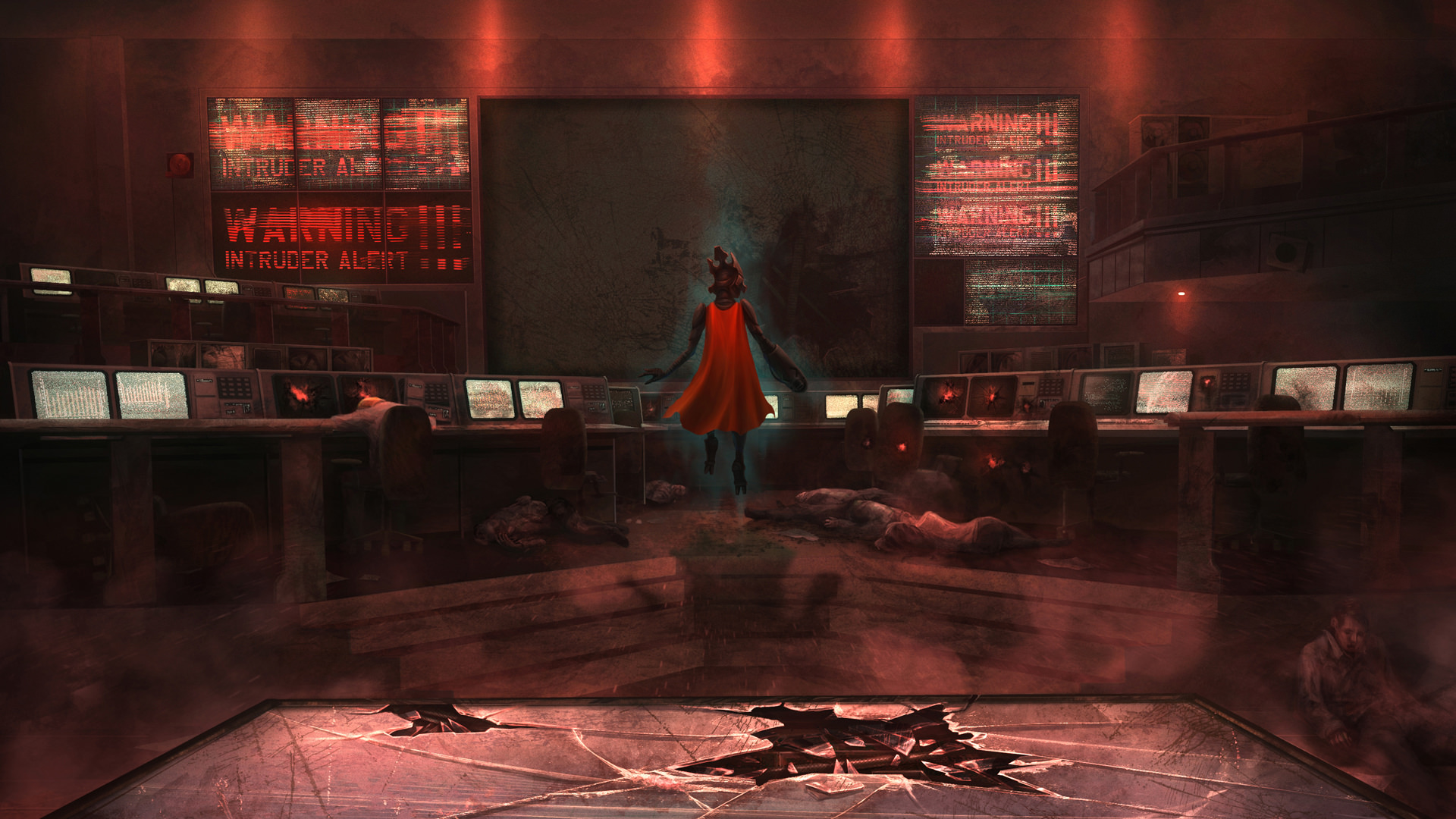 Our users have written 1 comments and reviews about Xenonauts, and it has gotten 6 likes