Saurik, the maker of Winterboard, says that Winterboard only uses about 2 MB of RAM while running. However, when you actually apply a theme to your iPhone, the usage is much higher.
For example, without any themes running, my iPod Touch 4G has 128 MB of free RAM after a reboot. However, with the main BlueBird HD theme and its addon themes running on Winterboard, my iPod only had about 100 MB of RAM after a reboot. Winterboard ate up about 30 MB of RAM, which is a noticeable amount on older models of the iPhone and iPod, which usually only have about 60 MB of RAM available. So if you're not careful, Winterboard can take up nearly half of your system resources. 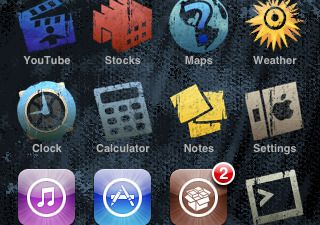 Our users have written 1 comments and reviews about Winterboard, and it has gotten 9 likes

View all
Winterboard was added to AlternativeTo by OmgItsTheSmartGuy on Jul 14, 2010 and this page was last updated Mar 9, 2018.