What is Update Manager for Windows?

WuMgr (Update Manager for Windows) is a tool to manage updates of Microsoft products on the Windows operating system. It uses the "Windows Update Agent API" to identify as well as download and install missing updates. It allows the user fine control of updates on modern (Windows 10) operating system versions, comparable to what windows 7 and 8.1 offered. 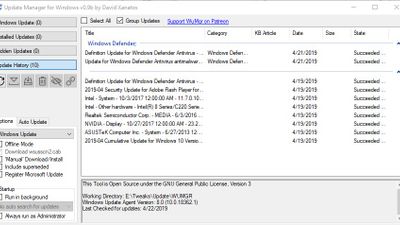 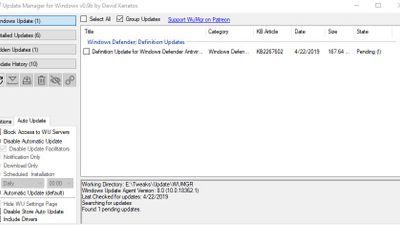 Our users have written 1 comments and reviews about Update Manager for Windows, and it has gotten 7 likes

Update Manager for Windows was added to AlternativeTo by arcsnim on and this page was last updated .

This is a great Windows Update manager/installer which I've been using for quite some time now (first as stand-alone, then as part of Sledgehammer), giving the update control back to the user after having been stolen by Microsoft with its uncalled for forced changes in Windows 10.

By the way, I think it's well worth supporting the developer on Patreon.

My Setup - All Apps and Software