What is Video Joiner Expert?

Do you want to join videos into one large file ? Have you tried other programs in order to merge videos of different formats, sizes and aspect ratios and you couldn't ? Do you want a versatile video joiner that can handle almost all video formats and has many output formats and output profiles for Android, Iphone, Ipod, PSP, XBOX, DVD e.t.c. ? Do you want to batch join many videos using Text file, Excel file, CSV file lists ? Then this application is for you. Video Joiner Expert is a powerful MP4 joiner, AVI joiner, MOV joiner, VOB joiner, WMV joiner, WEBM joiner, MKV joiner and other video formats joiner. It is unique because it can join videos that have different formats, different screen sizes and also different aspect ratios !.

Moreover, you can batch join many videos by using Text file lists, Excel file lists, CSV file lists, or by entering the lists of videos to join directly.

You can specify the output format and different encoding options directly and you can also normalize the output audio, mix or replace the audio of the join with another audio file, draw text on the combined video, draw scrolling text on the merged video.

It is also possible to fade in and fade out the video clips of the join and also to overlay a picture above the video.

You can also use two-pass video encoding and a specific in-built bitrates calculator tool to generate join videos of specific file sizes.

An ultrafast preview of the join can also be generated.

The application supports drag-and-drop actions and is very easy to use.

Lastly, if the input videos have exactly the same format then you can use a very fast join process that will skip extra encoding.

The application is also multilingual and translated into 39 different languages. 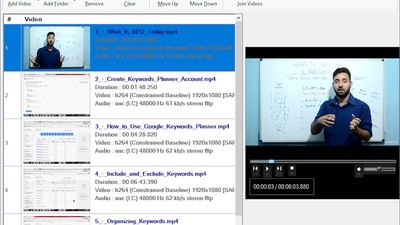 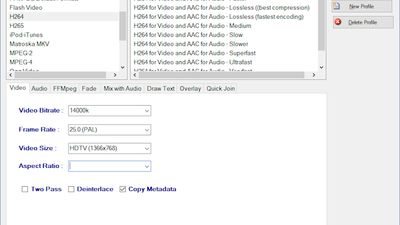 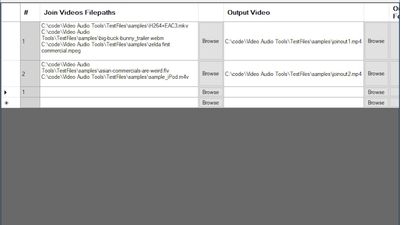 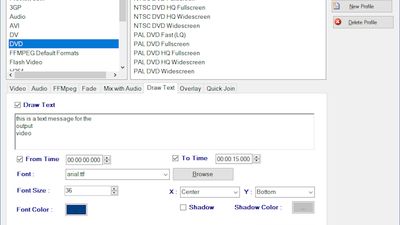 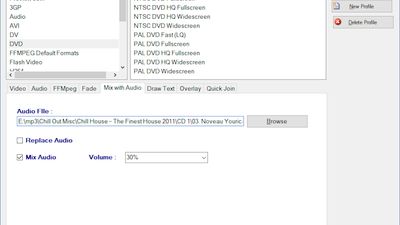 Our users have written 0 comments and reviews about Video Joiner Expert, and it has gotten 0 likes

Video Joiner Expert was added to AlternativeTo by fourdots_software on and this page was last updated .