UndoClose sits in the system tray after being launched and silently starts monitoring all folders and applications that are closed. It then helps you restore them using the hotkeys. 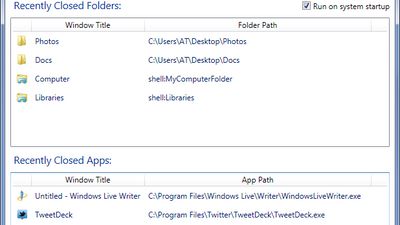 Our users have written 0 comments and reviews about UndoClose, and it has gotten 1 likes

View all
UndoClose was added to AlternativeTo by Danilo_Venom on and this page was last updated .