Vector Based Spatial Analysis Graphically create and edit geometric data, as with a CAD program Import Shapefiles and OpenStreetMap data Use raster images as background and a CAD drawing as an overlay Transform coordinates based on the Proj4 library. Color polygons based on user data values using either discrete intervals or gradients Allocate point data to user specified buffers for points, polygons and multilines (e.g. find all gas stations within 1 mile of a highway) Allocate point data to polygons. (e.g. assign structures to hydrological basins) Allocate polygon data to other polygons. (e.g. allocate population data by census block to political boundaries) Create thiessen polygons (e.g. for all hospitals within a state, define the areas closest to each hospital) Create data contours (e.g. create lines of equal ground elevation based on a set of elevation points) Create contour polygons (e.g. define the area where average rainfall exceeds a selected value based on weather station data) Calculate the area and perimeter of irregular polygons, including exclusion polygons (i.e. holes) Data is stored in an open database allowing manipulation by other software 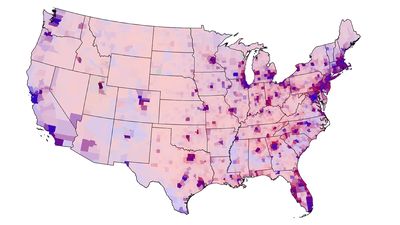 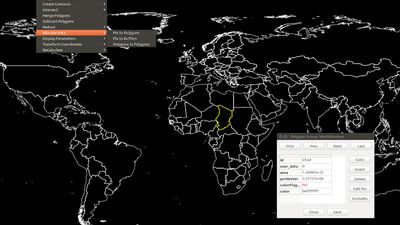 Our users have written 0 comments and reviews about TdhGIS, and it has gotten 0 likes

View all
TdhGIS was added to AlternativeTo by timhirrel on and this page was last updated .