Siri lets you use your voice to send messages, make calls, set reminders, and more. Just speak naturally. Siri understands what you say.

With a redesigned interface and new, more expressive voice, Siri is more powerful than ever. And the more you use Siri, the better it knows what you need at any moment. Just say “Hey Siri” before a request, and Siri does it.

Siri lets you use your voice to send messages, make calls, set reminders, and more. Just speak naturally. Siri understands what you say.

Since iOS 8, Siri is now able to listen to and identify music tracks playing nearby at user request.
Show full description ▾

It's really handy. The new improved voice is really nice.

Apple is less about technology than about marketing to consumers for money and Siri is a great example of the hype without the functionality. The product has no consistency across platforms. Things that can be done on the iPhone, as limited as they are cannot be performed on the Macbook.

To begin, on the Mac (Macbook Pro), you Enable Ask Siri through preferences. You might observe that Siri is "special" and misunderstands often, whether you are using the system mic, your headset mic or your professional video boom mic. It's not the volume or clarity, it's just Siri.

So, you might want to enable type to Siri, which of course, you cannot enable in the Siri settings, instead you use preferences > accessibility, as if it is you that has the handicap, not Siri. Once you enable typing to Siri, all voice commands to Siri are disabled by Apple.

Now, there may be some additional flexibility on the iphone version, but on the Mac, there is no way that you can actually get new applications, especially downloaded third party applications, to be understood by Siri. Siri will search the web for the app you requested, but not launch the installed app. This is the same even if you type directly to Siri asking to launch the specific app.

The complete failure of Apple to provide decent technical solutions has lead to competition with Google and other developers which prevent apps to be installed across platforms, locking you into to the handicap of using, or ignoring, Siri. It would be dreaming that one day Apple would have an platform and applications with sufficient merit that they did not worry about competition. You might want to go back and watch the Apple 1984 Super Bowl ad that introduced the Macintosh! Apple now epitomizes all that it advertised against at that time. Well, it's more a marketing company than anything I suppose.

help for my disabled son

My Setup - All Apps and Software •  essentials for Mac 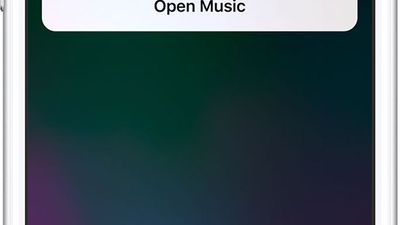 Our users have written 3 comments and reviews about Siri, and it has gotten 34 likes