Automatically track TV, Anime & Movies that you're watching and Discover new shows and movies based on what you watched.

Simkl TV Tracker solves the problem of not being able to remember if that movie or show you wanted to watch is on Netflix or Amazon.

The service has a website, computer application (Scrobbler), mobile apps, Chrome extensions, Discord bot, Email\Browser\Mobile Notifications, and open API to mash up your watched data that combine all your queues in one place. It automatically detects what you're watching, tells you how many episodes you've missed, and connects you to what your friends are into. 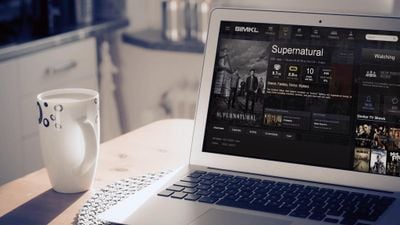 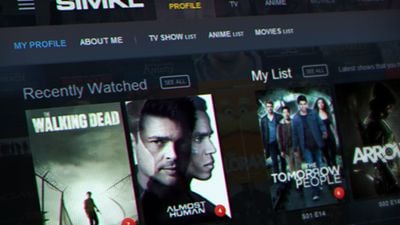 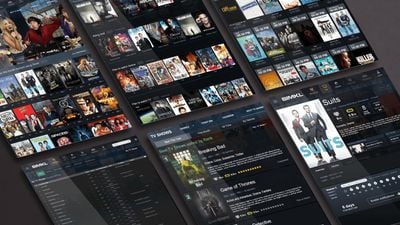 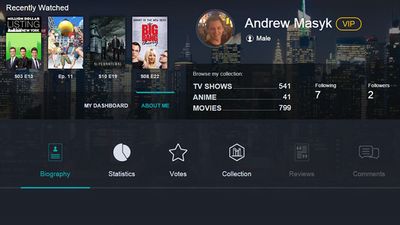 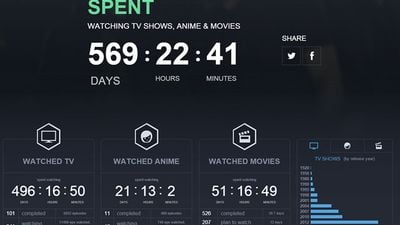 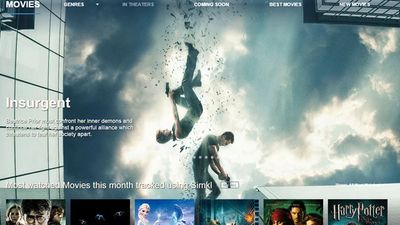 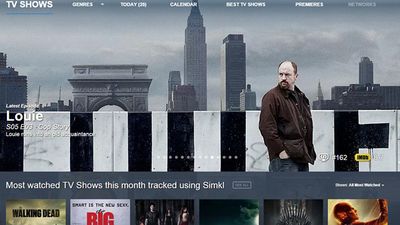 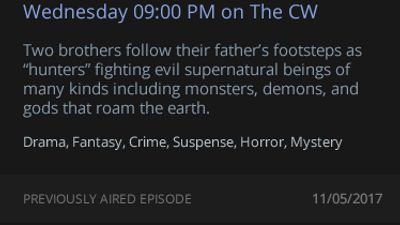 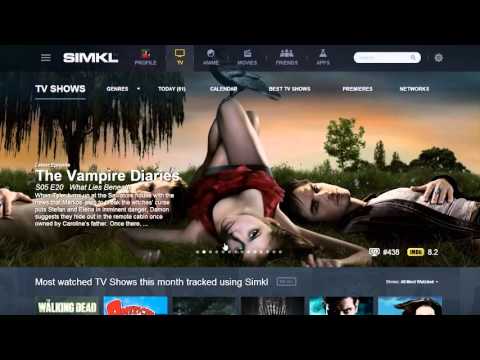 Our users have written 7 comments and reviews about Simkl, and it has gotten 119 likes

Simkl was added to AlternativeTo by Ennergizer on and this page was last updated . Simkl is sometimes referred to as Simkl.

this is still the best site for adding and rating movies and tv shows and anime. it is not perfect. still on beta. but for what the developer has done for the site, i consider this a great site.

It's the best tracker out there. It also lets you follow your TV Show, Movie and Anime activity, all in a single place. There are a multitude of features implemented and tons more to come, being worked on by the most active and communicative developers I have seen. Once I chose SIMKL I've never looked back at any other alternative, even for a second. Keep up the good work!

I hoped that Simkl would have checklists of movies to watch like iCheckMovies.com, but I did not see this feature.

Good for tracking shows and movies

If you are looking for an alternative to trakt ( some people are running from the new version ) and letterboxd ( paying?... bha. ) this is the best place.

free imdb import, free stats! very nifty calendar and an extremely well made browser to find all the movies and show you will ever need.

A lot on the site doesn't seem to be working yet. I kept getting the message 'coming soon'. A waste of time...

Simkl will have a subscription-based model, so at least some things won't be free. Mabye some of the stuff that is free right now will no longer be so when the software heads out of Alpha and Beta phases. Their (cancelled) Kickstarter campaign, for example, included a $99 tier that included 5 years VIP subscription, which the description said would otherwise be a lot more expensive.

That being said, I'm having the same problem as wallpaperflower. For instance, I tried downloading the Alpha scrobbler, but only get a blank page.

@Anamon you are totally wrong. I spoke with the creator and he said anything users use now is free forever.

@Zoce: Thank you for the additional information – although, could you provide a link to a source for that?

And, just to be pedantic, that doesn't make me "totally wrong", it doesn't even make me slightly wrong ;) I mentioned that (a) there will be a paid subscription, which still seems to be the plan, and (b) that it might be required for some features that are free right now. I haven't seen any source indicating that, and didn't claim so; just that it's theoretically possible.

@Anamon Hi, I am a developer at Simkl. And let me address some of your concerns.

It's been 3 years since your "it will be paid" comments, and during that time Simkl was the only site among alternatives that did not have a paid option. It was ALWAYS FREE and had ZERO ads for logged in users all these years.

We're building Simkl with the community in mind, and we always listen to what our members want and are making the site and apps around community requests. Feel free to add and vote for your ideas on how we can improve Simkl at http://support.simkl.com/forums/264009-top-ideas-from-the-community and join our community Discord server https://discord.gg/u89XfYn .

We plan to have an additional paid option for supporters only to be able to build new features that require more budget. All the features and apps that are currently available on Simkl will always be free.

I've only been using SIMKL for 4 months now, I believe, and the VIP options, from what Andrew himself has pointed out during my inquiry, will be extra features besides the current general operation of the website. As for the actual present features, they are too many to count, and many more being added frequently, for example in there few months we got countdown timers, new review improvements, comment/memo changes (from requests), optimizations of the chrome tracker, and the Android/iOS apps, which also got some new features added to them (new sources to check detailed descriptions, such as AniDB). Andrew and Ishika, the developers of the website and apps are always active on Discord and they solve any issues or wishes that the users whom join the server ask of them. There are channels for reporting bugs and these also get solved in less than 12h. In other words, I don't know how it was back in 2015, but now, in 2018, SIMKL and the team behind it provide the best tracker for all my entertainment.

Thanks for the information directly from the source, Andrew! It's good to know that you don't plan to ask a subscription fee for the current feature set. Now if there will also be a feature to export one's personal data stored with Simkl, I might give it another try, too :)

Just to clarify again, with my post in 2015 I didn't intend to criticise Simkl for planning a paid subscription, nor to imply that features will be taken away from the free tier. I was only pointing out that a paid tier had been announced, but no details about what would be paid and what would be free (at least not that I could find back then). The intention was to tell potential new users to keep that in mind before they lock themselves into a particular service, by spending a lot of effort filling it with their data.

That is very laudable and awesome, Andrew, thank you! Two thumbs up :)

Tracks what you watch using VLC

Jellyfinaddon to track what you watch

Webhook for Plex to track what you watch

Emby addon to track what you watch

Kodi addon to track what you watch