Riffstation was initially a desktop application for Mac and Windows computers. It allowed the user to load an audio file or CD track, and it would automatically detect the chords and sync the chord diagrams with the music. You could also slow down the audio, change the pitch, isolate or mute guitar parts, loop specific sections and sync a metronome.
It was a paid app (with a free trial).

Some time later, a free web version was released, for YouTube videos, with less features than the desktop version (it was mostly a chord viewer).
There was also an iOS version.

In May 2018, the iOS and web versions were discontinued, and the desktop version was made free.

In early 2019, the desktop version was also discontinued. 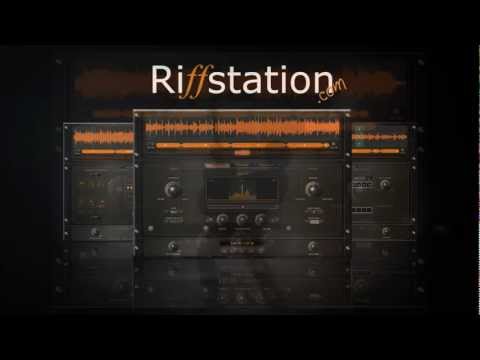 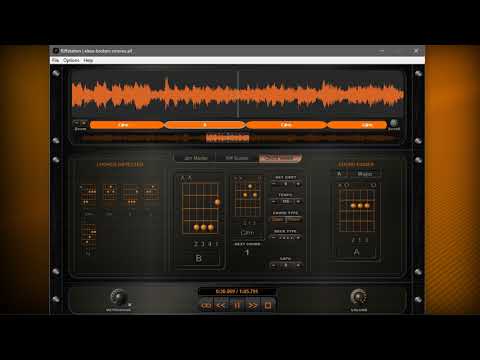 Make this page better by adding screenshots to Riffstation.

Riffstation was added by Stormtrooper42 in May 2013 and the latest update was made in Nov 2019. There is a history of all activities on Riffstation in our Activity Log. It's possible to update the information on Riffstation or report it as discontinued, duplicated or spam.

Love it, pretty accurate, recognizes the chords on the fly by analyzing the music.

Love it, pretty accurate, recognizes the chords on the fly by analyzing the music.

It's nice. I took off a point because I'd like to be able to size up the overall chord diagram to be able to see it better as when it gives the summary of which chords are in the song, they are tiny.

Pretty easy to use and really nice for a free program. The better alternative is tabs but when you come upon a song that has none or you want to learn to transcribe, this does fit the bill.

It does the job quite well, no bugs so far and have been using it for a couple days. Obviously also functions as a music player and a good one at that, it could handle quite a few formats, more than Windows 10 Groove can, which is really nice.

reply
G
by Guest
about Riffstation · May 2018 · Report as spam

I liked the online version prior to Fender buying Riffstation. It used to be extremely helpful in my learning and used to practice my playing with it. Now since Fender bought it they are changing everything that was excellent about it! Now Riffstation SUCKS! Thanks a lot Fender for screwing it up. :(

You're the first person I've found who knows about the original Riffstation. I've been searching relentlessly with zero success, save for finding you