What is Quick Restore Maker?

Quick Restore Maker is a 1-click freeware tool for creating a System Restore Point in Windows. It allows you to create a system restore point with a single click. 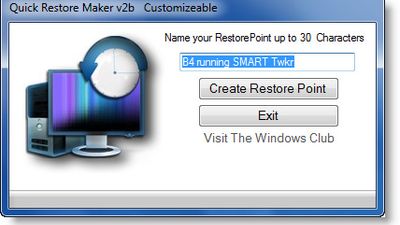 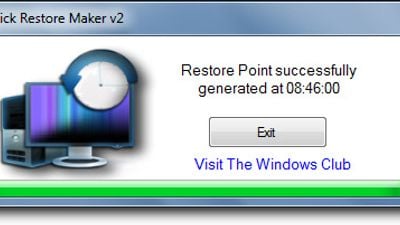 Our users have written 1 comments and reviews about Quick Restore Maker, and it has gotten 2 likes

Quick Restore Maker was added to AlternativeTo by DevilishVicious on and this page was last updated .

Handy program to have installed. I make it a practise to create a restore point with this program prior to the days work. It's saved my butt on several occaisions. I used an auto restore point creator in the past but I've found it wasn't as reliable and for some reason the restore points often failed.

Thank you to the programs developer(s) at "TheWindowsClub".... ( is conceptualized, created & owned by Anand Khanse, a Microsoft MVP Awardee (2006-2016), a Windows Insider MVP and an end-user Windows enthusiast.

PS. Ensure you install "Quick Restore Point Maker v4 (the current version as at Aug 28, 2017) and not an older version.