What is Quantum Conundrum?

Quantum Conundrum is a first-person action video game by Airtight Games and published by Square Enix. It is designed by Kim Swift, who formerly worked at Valve as a lead designer on the critically acclaimed Portal. The game was released on Microsoft Windows (via Steam) on June 21, 2012, and is scheduled for release on July 10, 2012 on PlayStation 3 (via PlayStation Network) and July 11, 2012 on Xbox 360 (via Xbox Live Arcade). 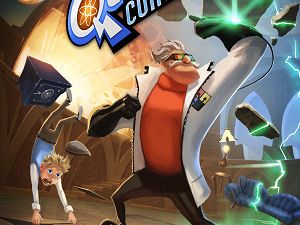 Our users have written 0 comments and reviews about Quantum Conundrum, and it has gotten 12 likes

View all
Quantum Conundrum was added to AlternativeTo by TwitchGgch1 on and this page was last updated .