PeerGuardian is a privacy oriented firewall application. It blocks connections to and from hosts specified in huge blocklists (thousands or millions of IP ranges). Its origin seeds in targeting aggressive IPs while you use P2P.

Linux version seems to be still developed: last version, 2.3.1, was released in November 2015. Windows and Mac version are no longer developed and outdated: useless for Mac due to the evolution from IPW to PF internal firewall structure from 10.10 Yosemite on; for Windows PeerBlock, a continuation of PeerGuardian's development, is recommended by the developer.

.....as 98% firewall related software due to the evolution from IPW to PF internal firewall structure from 10.10 Yosemite on....

Peer Guardian development has basically stopped, but PeerBlock is a clone and is more actively developed.

Been using this program for years, just found out about peerblock though, will have to try it out and compare it to this

There are Linux and Mac available versions, too. Sorry, I didn't know exactly how to add them by editing the app entry. 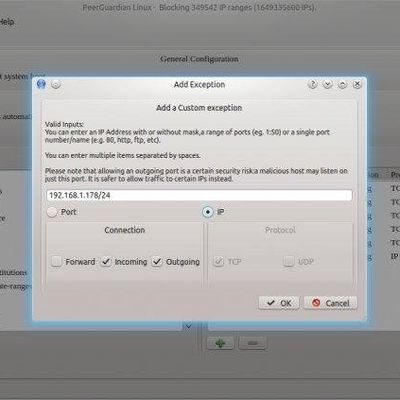 Our users have written 5 comments and reviews about PeerGuardian, and it has gotten 29 likes