What is Origami SMTP?

Origami SMTP was created with the idea to have a fake email server for testing purposes that supported TLS. This is because the code the developer was working on at the time had several hard coded values enforcing TLS so most other solutions would not work. Those that appeared they might work often crashed when dealing with TLS.

Origami SMTP was born first focusing on getting enough of the SMTP protocol working to test it. After that STARTTLS (TLS) support was added. Additional items were added including a GUI that supports HTML messages, port selection, and browser selection.

Said about Origami SMTP as an alternative 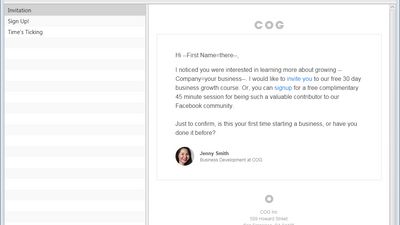 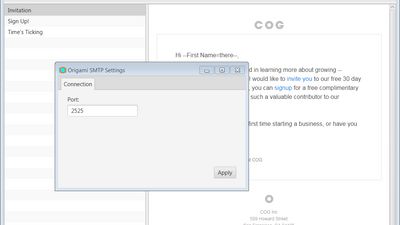 Our users have written 0 comments and reviews about Origami SMTP, and it has gotten 2 likes

View all
Origami SMTP was added to AlternativeTo by plowdawg on and this page was last updated .