Openbox is a highly configurable, next generation window manager with extensive standards support.

Openbox lets you bring the latest applications outside of a full desktop environment. Most modern applications have been written with GNOME and KDE in mind. With support for the latest freedesktop.org standards, as well as careful adherence to previous standards, Openbox provides an environment where applications work the way they were designed to.

Openbox is a highly configurable window manager. It allows you to change almost every aspect of how you interact with your desktop and invent completely new ways to use and control it. It can be like a video game for controlling windows. But Openbox can also be kept extremely simple, as it is in the default setup, meaning that it can suit just about anybody. Openbox gives you control without making you do everything.

Openbox makes desktop environments better. By running Openbox inside the GNOME or K desktop environments, you can combine their ease and functionality with the power of Openbox. Your desktop becomes cleaner and faster, and is in your control, when you use Openbox.

No actively developed anymore. Last commit was in 2015. 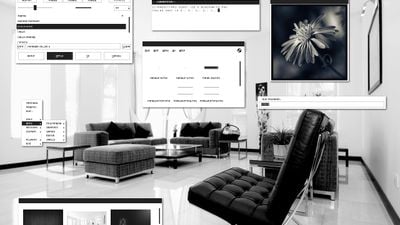 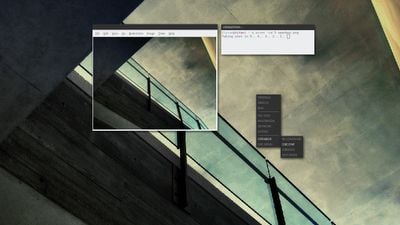 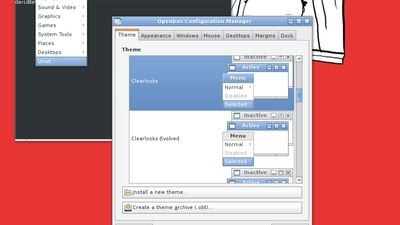 Our users have written 3 comments and reviews about Openbox, and it has gotten 73 likes

Openbox was added to AlternativeTo by enthdegree on and this page was last updated .

I got into Linux because I can choose everything I want in my computer. Openbox is fast, lightweight, with no bloat, straight to the point. Openbox basically consists of three files: autostart, menux.xml and rc.xml. Autostart lists the applications you wish to initiate at startup as easily as adding the command and whatever other arguments you want. As for menu.xml, it manages the right-click menu in the desktop. There is an application named "obmenu" which does the trick in GUI, so you need not know XML to generate your menu. Lastly, rc.xml deals with mouse and keybinds, which I consider Openbox's greatest advantage. This was especially useful for me for increasing productivity, since I can do more with less keystrokes, and faster. I've been using this window manager for three years now (thanks Crunchbang for this), and it works great in low-end machines, since it doesn't eat RAM while running like a full desktop environment such as KDE, Gnome, Unity, Cinnamon or whatever you name. Great piece of software!

Openbox is perhaps the most famous *box wm, and deservedly so. Even though it is not updated anymore, it's really good as it is, a model for other lightweight window managers.

I hate openbox and your should, too.

Lubuntu inflicts it in an all or nothing way. expand your mind, open minded if you will. Find other WM.

gnome forever... but not lightweight

I guess that's just your opinion.

I personally love Gnome 2, but I think Gnome 3 was just a step in the wrong direction. Openbox is meant to be a lightweight window manager, great for people with a bad computer.

If you don't like Openbox, don't use it. -bobberson12