mySupermarket was founded with a simple mission: to find shoppers the best price for the brands they want and need

mySupermarket is a new way to shop for the essentials online.

We work for you to let you shop for the lowest price for groceries and household essentials from the major online retailers all in one place. We bring price transparency to the shopping experience and help you shop smart.

Saving money takes time and we know you have better things to do.

Finding the best value just isn’t easy out there. So many stores, endless product and pack variations, tons of deals, everyone claiming to offer the best value – and that’s before you try and figure out how much shipping will cost. That’s where we come in.

We shop around for the best price so you don’t have to.

We compare prices across Amazon, Walmart, Target, Soap.com, Diapers.com, Drugstore.com, Walgreens, and Costco and let you shop for the best price on the brands you love in one single megastore. You don’t have to worry about who has the best price for one item or an entire cart. We have you covered.

Service no longer operating as per notice on website. See https://www.mysupermarket.co.uk/

MySupermarket closed its doors after 14 years at the start of March. Given the massive outcry from regular users it looked like a mistake to shut down at first glance.

Our app - SuperSmartList.com - wants to help people save time, money and help reduce food wastage through better planning. It has a big overlap with MySupermarket with the ambition to save everyone money. However, making the app simple and fast to use is just as much a priority as saving money.

If we look at the reviews of MySupermarket’s website and app over the last few years they have been pretty dire.

Looking through the “most relevant” comments, the main issues seem to be:

However, there were a lot of people who loved the app and website and were very willing to put up with the issues listed above. It seems strange to stop trading when you have a core following who have such enormous loyalty.

A problem that is not mentioned by most on the forums is the complexity of the service. In their knowledgebase, they had 146 articles on using the service. This seems like a throwback to 10 years ago when people actually read manuals. Now, most people will try an app and give up if they don’t understand it in a few minutes. They certainly won’t spend hours reading manuals!

MySupermarket were not getting the same publicity as they used to, but there are still hundreds of links on MoneySaving Expert and papers like The Sun regularly used their data to include in articles. If they had wanted to increase publicity they could have as I’m sure they had lots of PR contacts made over the last 14 years.

So, what can we conclude from all of this?

Although they were making a profit it looks like MySupermarket lost their way a while ago. They had obviously not been testing as much and their customer service had dropped off.
About 3 years ago the majority of online complaints were about obtrusive ads. Maybe they killed the golden goose by only caring about making a profit in the short term?
Maybe after 14 years they just got bored or something less obvious happened. In their letter explaining their service had stopped they said they were going to “shift our activity toward other business areas”
There is no one clear answer as far as we can see, but it would be really interesting to hear your views! See the full article here - https://www.supersmartlist.com/why-did-mysupermarket-fail/

After 14 years of service to UK shoppers, the mySupermarket website will be taken down from March 1st, 2020 as we shift our activity toward other business areas.

pity that, I liked it. 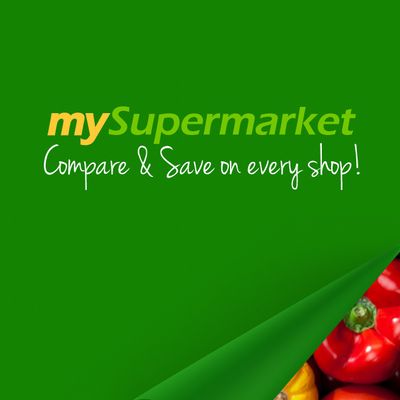 Our users have written 2 comments and reviews about mySupermarket, and it has gotten 3 likes

View all
mySupermarket was added to AlternativeTo by owenhatteras on Sep 24, 2014 and this page was last updated Apr 21, 2020.