The in-game overlay shows users and who is talking in-game.

Mumble provides positional audio for certain games, meaning you can hear the people you play with from the direction they stand in in-game, and louder the closer they are (configurable).

Through additional scripting using the Ice protocol for communication, (e.g.) webinterfaces can be used for easier server management.

Combining the scripting interface with the positional audio data can switch users to teams channels or other useful automation.

An official iPhone client is available as well. For Android, no official client is provided, a but the community published a free client.

Mumble is continued to be maintained and developed by a small core team as well as the open community as a whole.

⚫︎ LightweightMumble consumes less device resources compared to similar apps.
⚫︎ PortableMumble can be used from a USB stick or similar with no prior installation.

Mumble isn't discontinued. There is major development happening to bring a major new version to a stable release. The Guthub repository for this project has activity as of yesterday, March 29, 2019.

I like the fact that I can self-host the application if I want major privacy or I can purchase hosting from someone else.

Indeed, it continues to be actively developed. It's June 8th, 2021, and the last commit was yesterday. Issues on GitHub are being posted, replied to, and even closed (after being addressed). I'd venture to say that it is anything but discontinued, rather the contrary!

Also, people continue to be coming up with new tools, plugins, and so forth. For instance, on the server side (where you have to install murmurto connect all the Mumble clients), in spite of the official wiki listing many side-projects as being 'discontinued', they're actually being actively developed! Take a look at Grumble (Murmur server rewritten in Go) or uMurmur (a tiny, Qt-less version of Murmur, written in C without the overhead, designed for embedded systems with a small footprint). Both are listed as 'discontinued', or 'incomplete', but that's not correct either; they might just be lagging in certain more complex features which might not be completely developed (or not at all — yet!).

That said, it seems that the Mumble/Murmur community continues to be as committed to this FOSS VoIP platform in 2021 as they were in 2010.

Really great VOIP app with the lowest latency out there. As for the voice quality, it uses the same codex as TeamSpeak, so it's really not practical to compare them in that department.

Also, it's important to talk about the persistent chat functionality or lack thereof. I really don't think that Mumble will benefit from having a proper chat system in place, since the majority of its users use it for the ability to provide low latency voice comms, not for the ability to chat with each other, since users probably already have an ability to do so using other platforms (and probably even better). It would be nice to have a chat history in Mumble, but I don't think that it will benefit a lot of people.

As for security and privacy, it is the best app that you can find out there. With transparent and publicly available code, it's the only thing that you can use with a peace of mind that you are in control of your data and where it goes. The ACL's in this app are incredible, with all the fine tuning that you can possibly think of all available out of the box.

The clients for this app are awesome, working perfectly without any crashes or menus that you don't understand because you didn't read the docs enough. It's unofficial Android client is fine, although don't expect the same latency as on PC (it's on average about 100 or so ms higher, but don't take my word on that).

Overall, the ability to setup servers without any licensing bullshit, changing weird settings or dealing with proprietary software is what we need in every VOIP app.

Sadly there's not much point to a text chat app that clears all record of text between logins.

As far as voice goes, Mumble works on par with Teamspeak - just it's totally useless for literally anything else. This is not an alternative, it is a significant downgrade.

Not true since a long time, last commit yesterday. The devs are really active. https://github.com/mumble-voip/mumble

It was tough for me to get a server but I was able to do it and I love it. Able to talk between GNU/Linux users and Windows.

I've been using it for ages on windows, this is plain wrong.

It's been available for Windows almost since it's launched. Download link can be found here https://www.mumble.info/downloads/

Best out there. In all aspects: Security, Latency, Licensing, Costs, Features, … 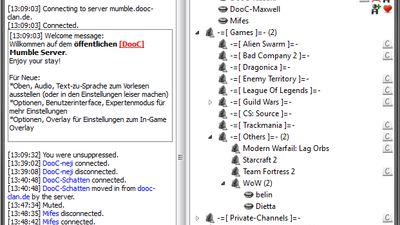 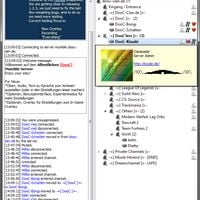 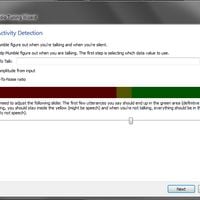 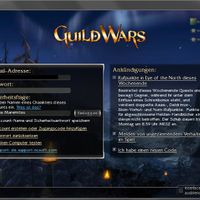 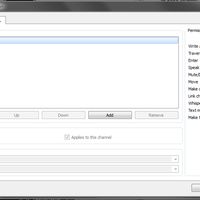 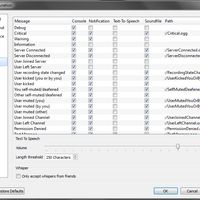 Our users have written 9 comments and reviews about Mumble, and it has gotten 442 likes

View all
Mumble was added to AlternativeTo by jenocin on and this page was last updated .